Experts say that last week’s U.S. Treasury sanctions against top Liberian officials may be a major step but are still unlikely to significantly reduce corruption or undermine the popularity of President George Weah, a former football star brought to power on a promise to fight corruption. 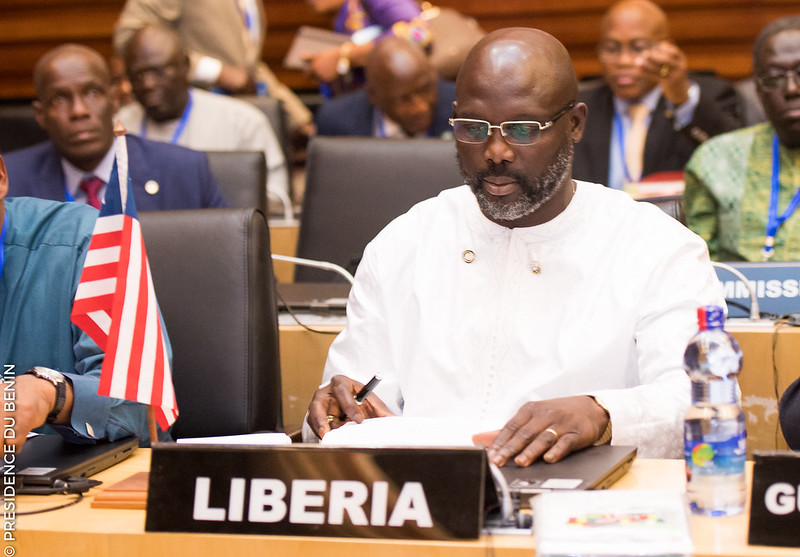 “Through their corruption, these officials have undermined democracy in Liberia for their own personal benefit,” said Treasury Under Secretary Brian Nelson.

President George Weah described the allegations as “grave” and suspended the officials, but experts told OCCRP that they neither expect any investigations nor any other moves by Weah’s administration.

“Personally, I don’t think the President is going to act beyond the announced suspension,” said Ibrahim Nyei, a Liberian political analyst. “There were officials sanctioned in the past but none were investigated.”

“The allegations suggest that these affairs have been ongoing for multiple years. It is puzzling that no action was taken. Where were Liberian institutions all this time?” he asked.

Liberia, Africa’s oldest republic founded by freed American slaves, was wracked by a brutal civil war on the eve of the last century and is still recovering from the trauma – it is one of the poorest countries in the world with lacking infrastructure, notoriously weak institutions and high levels of corruption.

The Treasury’s action seems to be the biggest U.S. sanction measure targeted at the Liberian government since the civil war era.

McGill was specifically accused of manipulating public procurement processes to award multi-million contracts to companies which he co-owned. Other accusations include funneling public funds into personal business projects and organizing warlords to intimidate political rivals.

Cephus is believed to have received bribes in exchange for dropping criminal investigations, and Twehway was said to be involved in diverting US$1.5 million from the NPA to a private account.

In the wake of the Treasury’s announcement, Alexander Cummings, a Liberian opposition leader, attributed the primary responsibility to Weah, “The President is either dangerously derelict or shamefully complicit in the stealing and abuses that have swallowed up his administration.”

While there is no evidence that Weah himself was involved in the activities, there are indications that he was at the least aware of them.

“If you follow the movement and activities of President Weah, you will notice that at least two of these individuals are in 90% of the photos, often in his personal space,” said Gregory Coleman, former Inspector General of the Liberia National Police. “There is always some grounds for plausible deniability, but it would be almost impossible for him not to know at all.”

It is not certain that McGill will lose political influence with the suspension. “The fact that he was suspended does not mean that he was fired,” said Spatz. “In Weah’s administration, as well as in Sirleaf’s administration before, a number of officials accused of corruption were suspended only to reemerge later.”

When asked whether the affair would affect Weah’s popularity, neither Spatz, Coleman nor Nyei thought it would have a major impact.

On the one hand, Spatz thinks that the affair is “embarrassing” for the President, “There is no other word. This is a political problem at the time when Liberia, facing rising food prices and approaching the election year, does not need more political problems.”

However, Weah’s supporters did not seem to be particularly perturbed by the sanctions when he toured the capital, Monrovia, last week. In West Point, one of the city’s deprived neighborhoods, hundreds of youths who took to the streets were heard chanting, “Sanction, no sanction, we’ll vote for George Weah.”

“Weah is perceived through two different lenses. One is Weah as a star, the footballer. I think it is the base of his popularity, not the presidency,” explained Coleman.

Another part of the problem, according to Spatz, is that the government in Liberia is perceived as “the private sector, the way to make money.”

“In many other countries, you have business people who make a lot of money and then enter politics. In Liberia, it is the inverse,” he said.

McGill, who just a few days before the sanctions paid a visit to Bong County in central Liberia, appears to be well aware of Liberians’ tolerance for corruption.

Speaking to the gathered crowd, he nonchalantly proclaimed, “Even if I was stealing the money and giving it to the Liberian people, that’s a good thing I’m doing, because at least I’m not stealing it and carrying it to Europe.”

The listeners showed no signs of surprise at the statement, cheering that they would prefer him to spend the hypothetically stolen money in Liberia.

That said, even ordinary Liberians seem to care deeply about the relationship with the U.S., which is presented as the homeland in the country’s national narrative.

“It is a major thing here when your regime is being termed as not a friend of Washington,” said Coleman.

“The U.S. is a mythical father figure. This step has symbolism,” said Spatz.

The U.S. Ambassador to Liberia, Michael McCarthy, indicated that Weah’s invitation to the Summit of African Leaders to be held in December in Washington still stands, which might be interpreted as a declaration of continued support for the President.

Spatz, nevertheless, suggested that there might be one more message contained in the imposed sanctions.

“This is a shot over the bow. The way to read this is that the U.S. is sending an incredibly strong signal to the administration and Weah himself that they are aware of what is happening in Liberia and will intervene if necessary,” he explained.