A retired San Diego vice squad officer has been indicted for running a prostitution ring out of a handful of massage parlors in California and Arizona, and laundering the profits. 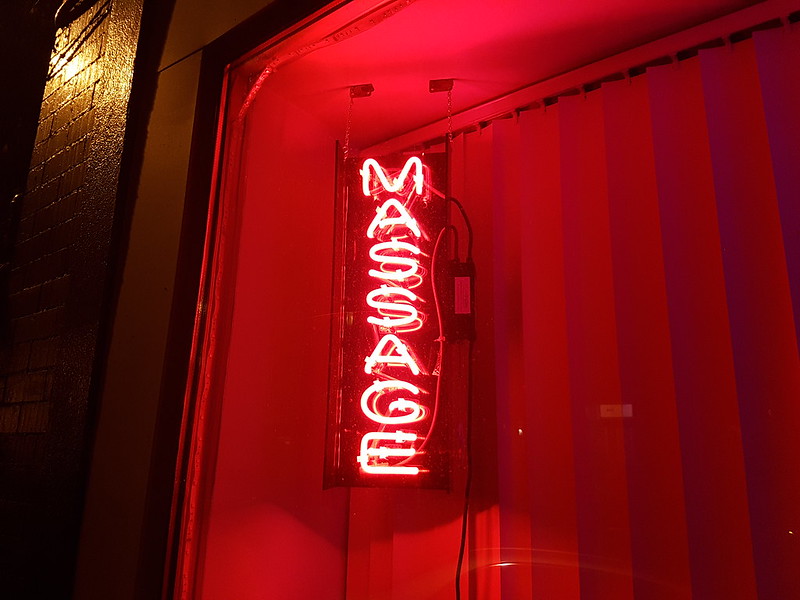 A former police officer was indicted for allegedly owning illicit massage parlors. (Photo: City Walkr, Flickr, License)Peter Griffin, 78, had previously worked with a police unit “tasked with dismantling the very businesses he now stands charged with operating and promoting,” the U.S. Department of Justice (DOJ) said in a statement on Friday.

Along with three others, Griffin is facing charges including conspiracy, fraud, money laundering, and racketeering.

According to the DOJ, Griffin and his co-conspirators owned and managed five massage parlors between 2013 and August 2022, which clandestinely provided sexual services to clients for cash. Griffin and two other suspects were arrested in San Diego last week and taken into federal custody; a fourth remains at large.

Authorities say the group employed a sophisticated system to run the operation, “using cell phones, the internet, and banking channels to register their businesses, (and) advertise commercial sexual services online.” They allegedly used several bank accounts to launder the proceeds.

The DOJ noted that “an indictment is merely an allegation, and the defendants are presumed innocent until proven guilty.”

The DOJ added in its statement that its Human Trafficking Prosecution Unit was helping to prosecute the case. But a spokesperson declined to answer emailed questions about whether Griffin and his alleged co-conspirators are accused of being involved in human trafficking.

Adam Sharki, a San Diego police spokesperson, said Griffin had retired from the force almost two decades ago. He declined to comment on whether the investigation was focused on human trafficking, but added: “As a member of the San Diego Human Trafficking Task Force, the San Diego Police Department assisted in this investigation.”

There are more than 9,000 illicit massage parlors across the U.S., according to a report by the Polaris Project, a Washington DC-based anti-trafficking organization.

“There may be women who choose to sell sex either along with or under the guise of massage therapy, but evidence suggests that behind these bland facades, many of the thousands of women engaging in commercial sex in illicit massage parlors are victims of human trafficking,” the report said.

Illicit massage parlors generate around US$2.5 billion per year, according to Polaris. But corporate secrecy laws mean law enforcement agencies have a hard time identifying the people behind the businesses, which can be owned by shell companies that do not list the owners.

In many cases, owners also operate other cash businesses such as nail salons and dry cleaners, and the illicit profits from massage parlors are filtered through their books, according to Polaris.

Griffin and his alleged co-conspirators face a potential maximum sentence of 45 years each, in addition to financial penalties as high as $2.5 million.