A Swiss court has decided to continue investigating the case Russian oligarch Dmitry Rybolovlev has been pursuing against a Swiss art dealer who charged him obscene markups on 38 works of art and this way allegedly defrauded him of US$1.1billion over a period of 11 years. 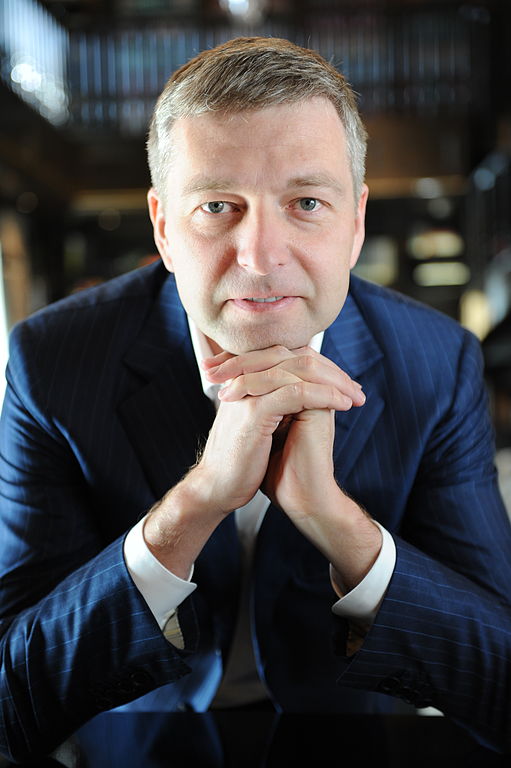 Rybolovlev has been rebuffed in at least nine other cases against Bouvier. (Photo: Francknataf, Wikimedia, License)Art dealer Yves Bouvier, who acquired artwork worth $2 billion, maintains that as a private art dealer he was free to charge whatever mark up he saw fit.

Rybolovlev has pursued legal action against Bouvier in nine cases at courts in Singapore, New York, Monaco, and Hong Kong - all of which were closed or concluded in Bouviers favor.

“For reasons that had nothing to do with my art dealing activities,” Mr Bouvier said in a statement shared with OCCRP, “an oligarch tried and failed to destroy me, mobilizing his extraordinary financial resources and influence. He tried to asphyxiate me financially by launching bogus lawsuits all over the world. Spending millions he commissioned large communications firms to destroy my reputation and private intelligence agents to track me everywhere. Over the course of his attack, every legal firm I worked with and myself were targeted by coordinated and sophisticated email hacks.”

A year ago, Bouvier declared “complete victory” when a Geneva court also dismissed Rybolovlev’s claims. However, In a surprise move last week, a court reopened the case.

“The possible existence of a deception cannot be denied,“ the Swiss court of appeal wrote  in its decision on July 26. It also pointed out that it found the legal argument used to close the former case, that there were breaches of protocol in Rybolovlev’s Monaco cases was strange as there were no such instances in Switzerland.

The Monaco case grew into a scandal and was dismissed after revelations that Rybolovlev had influenced the investigation with lavish gifts and trips for high-ranking police officers there and that Monaco’s former minister of justice had tried to influence the case on behalf of Rybolovlev.

“This ruling demonstrates the untenability of Yves Bouvier’s defense and the inanity of his allegations,” Rybolovlev attorneys said according to Artnet. “Our clients are awaiting the continuation of the proceedings and are convinced that the criminal responsibility of Yves Bouvier and his associates will be promptly established.”

However, Bouvier’s attorneys said in a statement that they welcomed the challenge and that the appeals chamber “will see the Geneva Prosecutor's Office carry out an additional investigation to further demonstrate the hopelessness of Rybolovlev’s claims,” Bouvier’s lawyer, David Bitton said. “The same decision will be reached, and the case will again be concluded in Mr Bouvier’s favor, as has happened in all the courts across the world where Rybolovlev has tried to take legal action against him.”

"Rybolovlev's attacks against me had nothing to do with the sale of art,” Bouvier said.  “Firstly, he was half-way through the most expensive divorce in history and wanted to depreciate the value of his art collection. Secondly, he wanted to punish me for having refused to corrupt Swiss judges for his very expensive divorce. Thirdly, he wanted to steal my freeport business in Singapore and build his own for the Russian Federation in Vladivostok."