Opposition parties in Fiji have called for an official inquiry into the operations of the Grace Road Church after OCCRP revealed that the sect, accused of various human rights abuses, has used state loans to build its business empire on the archipelago. 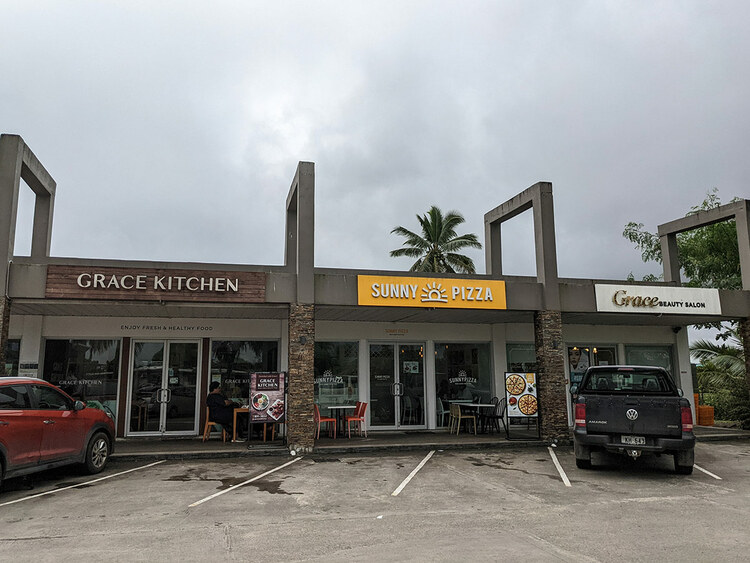 Grace Road shopfronts. (Photo: OCCRP)The Grace Road Church is a South Korean doomsday sect, which has, since 2014 when its members moved to Fiji, become a major player in the local economy.

Currently, it owns the country’s largest chain of restaurants, a 400 hectares farm, eight supermarkets and mini marts, five petrol stations as well as other businesses operating in areas such as construction or dentistry.

A joint investigation by OCCRP and the Korea Center for Investigative Journalism (KCIJ-Newstapa) published last Monday found that Grace Road’s economic rise has been in part facilitated by at least US$3.8 million in loans from the Fiji Development Bank.

The investigation also disputed the police claims that they were not able to find enough evidence of abuse to justify the prosecution of Grace Road.

The revelations have ignited criticism of the government of Prime Minister Frank Bainimarama who has ruled the country since 2006, when he took power in a military coup.

“We cannot allow such incidents of allegations of criminal conduct and gross violations of human and workers’ rights on our land,” said a press release of the Social Democratic Liberal Party (SODELPA) - the strongest opposition party in the parliament.

SODELPA has urged the government to clarify its connection to Grace Road’s businesses.

“It is believed that a number of powerful people may have personally benefited from the activities of the Grace Road Group in return for favors extended to it,” commented Mahendra Chaudhry, a former prime minister and the leader of the Fiji Labor Party.

Concerns over the findings have also been voiced by other major opposition parties, including the National Federation Party, People's Alliance and Unity Fiji Party.

Meanwhile, Aiyaz Sayed-Khaiyum, Fiji’s second-most-powerful politician, who is effectively in charge of the Fiji Development Bank, questioned the credibility of the investigation when pressed by local media on Tuesday.

“I do have a response to that actually, because you are just simply plucking out some report written by some organization who we have never heard about before,” he said. “I think if you’re talking about corruption, you need to look at the well-known organizations like Transparency International.”