In the years to come, artificial intelligence will be a key feature of cross border criminal investigations, a joint report by Eurojust and eu-LISA, the union’s official IT agency found. 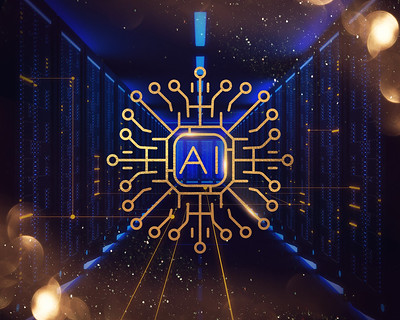 AI technologies can increase cooperation between EU member states in tackling crime, however, authorities must be careful since machine learning algorithms are prone to biases. (Photo: Mike MacKenzie, Flickr, License)Over the past few years, Eurojust, eu-LISA, and the European Commission, have laid down the groundwork to implement the digital transformation of the Union’s offices of Justice and Home Affairs.

In a world where crime is borderless and criminals employ  sophisticated communication tools and technologies, including encryption and AI; tackling crime requires cross-border cooperation by EU Member States and the application of technologies on par with those used by the criminal groups, urged Friday’s report.

“The field of justice is undergoing digital transformation, and artificial intelligence, as a set of different technologies, has great potential to contribute to and further enhance this process, allowing for a significant improvement in both the efficiency and effectiveness of operation of the judicial authorities,” the report said.

According to the report, two AI technologies which could be used to tackle cross-border crime are Natural Language Processing (NLP) and computer vision.

Both come in handy in criminal investigations where processing large-scale unstructured information, such as surveillance footage, audiovisual data, or text-based media such as documents and emails, is necessary.

The tasks which NLP technology could automate includes everything from translation, to name recognition, text summarization, and tracing relationships or other patterns in the dataset.

In cases of white-collar crime such as money laundering, insider trading, and cyber-fraud; most data which could be used as evidence will be gathered as unstructured material, either in textual form or speech based, making NLP technologies convenient.

In the forensic analysis of audiovisual data, such as footage from CCTV cameras; computer vision technologies, like biometric recognition, can be used to identify potential victims or criminals.

Prior to the introduction of these new technologies, video and other visual data was analyzed manually by police or investigators.

However, processing such data is arduous, requires a large workforce, and is prone to human error, not to mention the toll such tedium takes on one’s psychological well-being.

According to the report, machines are a-near perfect replacement for tasks that once took dozens people months to complete. The use of AI technologies would help judicial authorities operate more efficiently and cost effectively, it said.

“The use of AI has the potential to improve the functioning of the judicial systems, but underline that the decision-making powers of judges and judicial independence must not be influenced by AI,” said the report.

It urged the importance of testing and evaluating such technologies in real-life conditions, to ensure that their performance meets the relevant standards.