The U.S. has blacklisted Paraguayan former President and multi millionaire businessman Horacio Cartes for his alleged involvement in significant corruption. 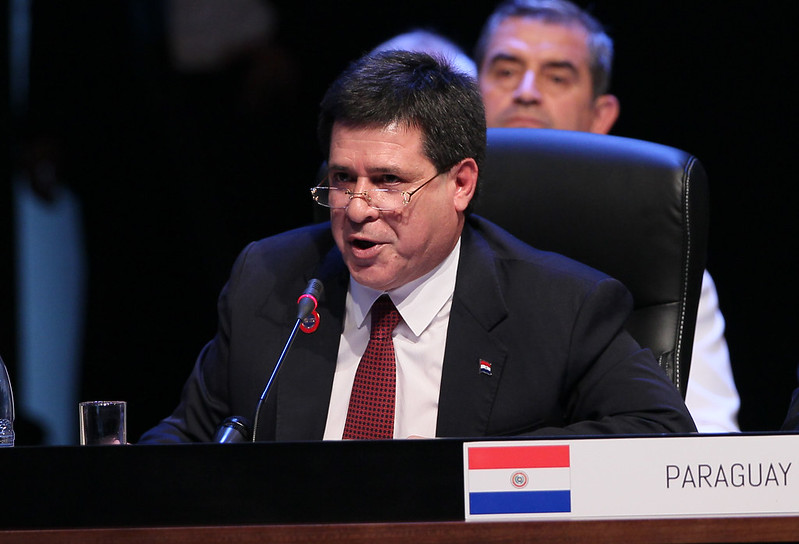 The U.S. has blacklisted Paraguayan former President and multi millionaire businessman Horacio Cartes for his alleged involvement in significant corruption. (Photo: Cubadebate, Flickr, License)The U.S. Ambassador to Paraguay Marc Ostfield said in a press conference that Cartes had “used the presidency of Paraguay to obstruct a transnational crime investigation involving a partner.” Cartes — who built his fortune on the tobacco industry — served as president from 2013 to 2018.

One of his alleged criminal associates, described as Cartes’ ‘soul brother’, was the Brazilian No 1 money launderer Dario Messer, who tried during Cartes’ term to turn himself in to Paraguayan authorities in exchange for generous benefits.

At the time, Messer had requested a $500,000 loan from Cartes to help him pay his lawyer and other legal expenses. However, the Paraguayan president seemed worried and agreed that the alleged money launderer should wait until he left the presidency before turning himself in.

In addition, the U.S. State Department said they have evidence of Cartes’ involvement “with foreign terrorist organizations and other U.S.-designated entities which undermines the security of the U.S. against transnational crime and terrorism and threatens regional stability.”

According to U.S. authorities “these actions undermined the stability of Paraguay’s democratic institutions by contributing to public perception of corruption and impunity within the office of the Paraguayan President.”

The U.S. Secretary of State Antony Blinken said Cartes is now prohibited from entering the U.S. and will not be able to obtain a visa due to his acts of corruption while in office. The same restrictions apply to his adult children who were also blacklisted.

Cartes is the first former Paraguayan president banned from the U.S.