Pesticides are the newest counterfeit product spreading through the EU, Europol reported in a statement Tuesday. 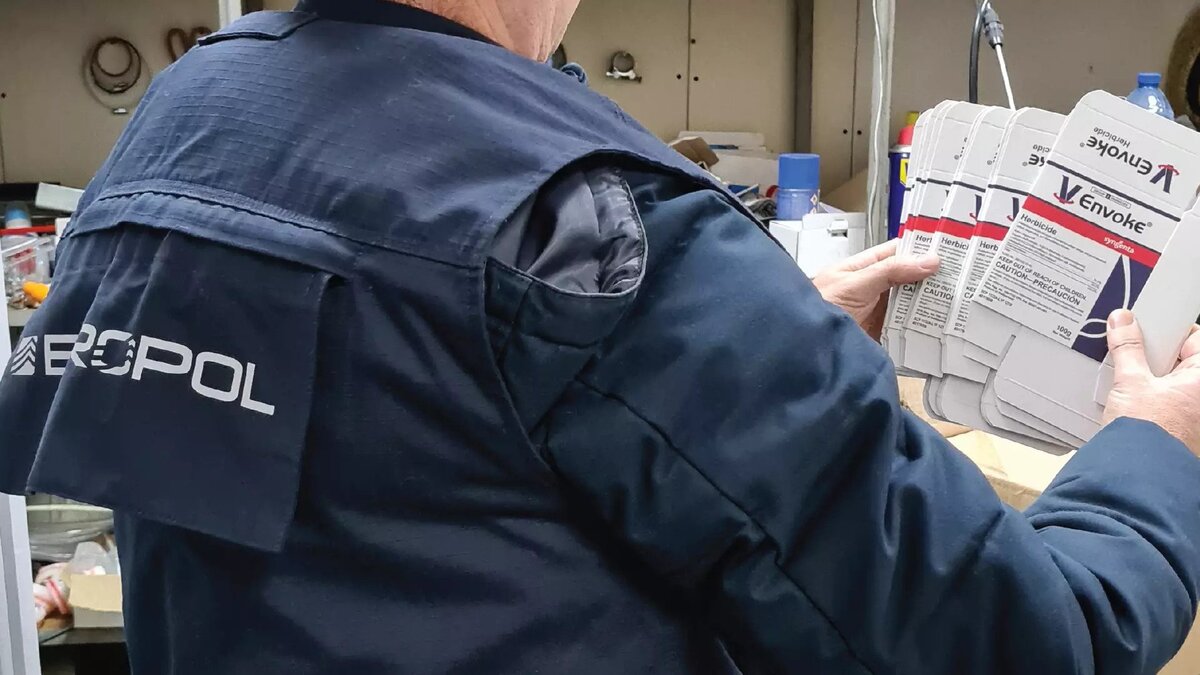 Counterfeit pesticides are particularly concerning because they cause a threat to public health through their use in agricultural production. (Photo: Europol, License)In their latest annual operation, dubbed Silver Axe VII, that targeted the illegal trade, European law enforcement seized more than one thousand tonnes of the illegal pesticide and arrested ten people.

The operation also found evidence that while some of the counterfeit goods are being smuggled into the EU from neighboring regions, other pesticides were being made locally on EU soil.

In contrast to other counterfeit products, pesticides are particularly concerning because they cause a threat to public health through their use in agricultural production.

“Counterfeit and illegal pesticides pose serious risks to the agricultural economy, the environment and our health. In fighting this illicit trade, we are disproving criminals’ perception that it is a profitable activity with light penalties, and ultimately fighting to protect our citizens,” Christian Archambeau, the European Union Intellectual Property Office’s Executive Director, said.

“The increase in seizures of production equipment and raw materials shipped to Europe suggests a rise in counterfeiting activities within the EU. Law enforcement agencies in EU Member States are now detecting these counterfeiting operations on EU soil more often,” the agency added.

In many cases, the products are shipped in near complete states for only final refinement in the EU.

“Despite their low price, unauthorized plant protection products have a very high cost for both the environment and public health, but also the agricultural industry. Fake and illegal pesticides can harm farmers, and their livelihoods, and damage the maintenance of bee colonies.” added Catherine De Bolle, Executive Director of Europol.