Protests erupted throughout India on Tuesday after the country’s top agency for combating financial crimes detained opposition leader Rahul Gandhi after questioning him and his mother Sonia about embezzlement accusations involving their party’s funds. 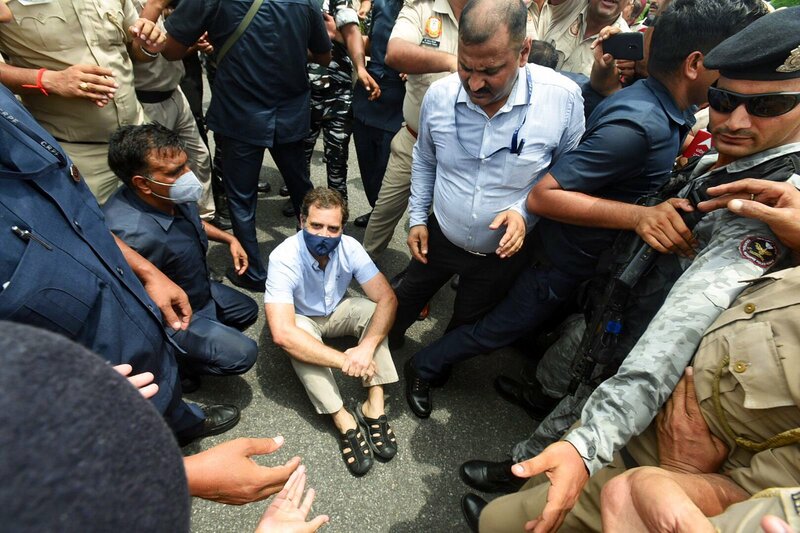 Following the arrest of India's opposition leader, Rahul Gandhi, Congress Party members held protests in front of India’s parliament, while demonstrations were also held across the country where protestors burnt vehicles and stopped trains. (Photo: Rahul Gandhi, Twitter, License)The party claims the accusations were the government’s act of revenge for raising issues like unemployment and inflation in parliament discussions.

Both have been accused of misusing their party’s funds to obtain expensive real estate through an intricate financial deal worth US$300 million that was executed through a shell company.

The assets belonged to a company that was established by the party and that published India’s National Herald newspaper, founded in 1937 by Jawaharlal Nehru, India’s first prime minister.

The Gandhis and their party deny the allegations and are accusing the BJP of using federal law enforcement agencies to orchestrate a “political vendetta.”

The detention and the accusations were part of the government’s conspiracy to “completely destroy the opposition and muzzle our voices. We won't be scared, our fight will continue," Congress leader Mallikarjun Kharge said, according to zeenews.

Prior to the questioning, Congress lawmakers had demanded “that there be discussion in Parliament on inflation, unemployment,” and the misuse of government agencies, MP Deepender Hoods tweeted.

Rahul Gandhi, was summoned and questioned last month several times about the same money laundering case. He was interrogated for 50 hours by the ED over the course of five days.

After he was again questioned last week, activists and lawmakers from the Congress party held protests inside and outside the parliament. Demonstrations were also held across the country where protestors burnt vehicles and stopped trains.

"The Prime Minister forgets that his idea of Congress is based on leaders they have taken from us,” the Congress party reminded during a press conference, noting that it was their members who laid the foundations of today’s India.

“They have to reborn several times to understand what the Congress party is, what the Gandhi family is," the party stated.