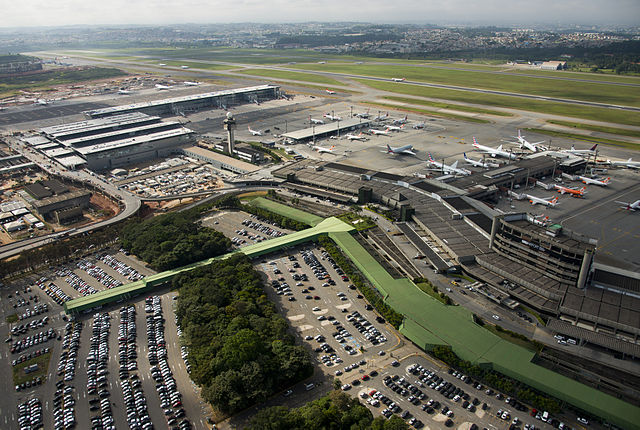 More than a hundred anti-drug agents carried out the so-called “Operation Bulk” and so far 15 of the 23 arrest orders have been executed. Authorities named it Bulk because criminals concealed drugs in the bulk cargo compartment, which is at the rear of the plane.

In addition, authorities have frozen the suspect’s real estate and vehicles as well as all money deposited in bank accounts or invested - all together worth more than US$9 million.

This group established a hierarchical coordination to make sure it can operate successfully out of the São Paulo airport, Brazilian police said. The group bought and stored large amounts of cocaine outside the airport. Later, its members negotiated the quantity, destination, flights and other details with recipients of the cocaine in a foreign country.

The suspects will be charged for crimes of international drug trafficking conspiracy, which carry sentences from 10 to 25 years in prison.

Seizures in Guarulhos show that criminals have concealed large cocaine shipments in air cargo with the complicity of airport workers.

Earlier last year, Brazilian police targeted a similar group “made up largely of employees of outsourced airport logistics companies, who conspired with traffickers to move cases containing 30 to 200 kilograms of cocaine through inspection areas without being scanned.”