A program launched a month ago and aimed to protect the critically endangered Hawksbill turtle is already bearing fruit as it has already helped to identify five major poaching hot spots, the environmental watchdog Mongabay reported this on Monday. 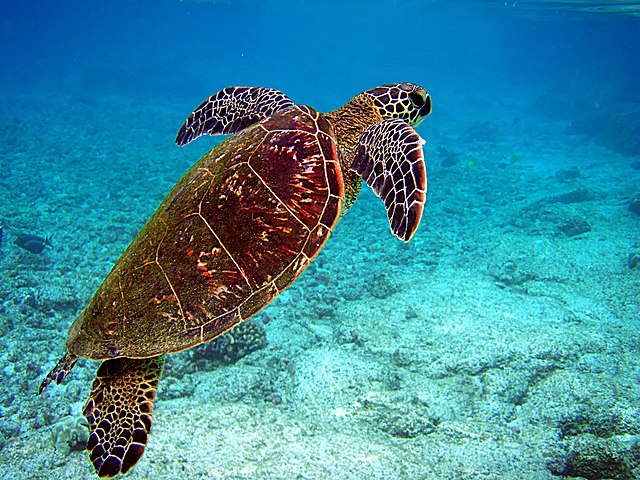 The database has created a globally accessible source for law enforcement world wide to crackdown on that trade. (Photo: Brocken Inaglory, Wikimedia, License)A month ago, on World Sea Turtle day, the World Wildlife fund launched its “Shellbank”, a DNA database that they hoped could help protect the species.

“In just over 150 years, an estimated nine million hawksbill turtles have been hunted; their shells made into tortoiseshell products such as combs, spectacle frames, earrings and other trinkets and accessories,” WWF explained. “Despite a global CITES ban since 1977, illegal tortoiseshell trade continues globally, pushing hawksbill and even green sea turtles to the brink of extinction.”

Female sea turtles have a habit known as Natal Homing, where they return to their region of birth to breed and create further offspring. As such, those born in the same nesting location tend to have grouped genetic signatures and a turtle shell’s genetics can therefore help pinpoint it to a specific region on the map.

WWF has been testing shell samples from contraband seized in Australia between 2020 and 2021 and identified that at least half of them come from specific turtle breeding grounds in the Pacific and Indian oceans. Another quarter came from the South Pacific, and smaller groups from Japan and Malaysia.

The shells have long been hunted and valued for a type of Japanese traditional art known as Edo Bekko. When Japan first joined the CITES treaty, which regulates trade in endangered species parts in 1980, they demanded exceptions to a variety of its stipulations, including those on Hawksbill Turtles. However, they capitulated to international pressure and excepted them in 1992. Still the illegal trade continues to feed the traditional crafts.

The database has created a globally accessible source for law enforcement worldwide to crackdown on that trade.

“Previously, this kind of data had to be pulled from published literature and stored in personal spreadsheets by individual researchers,” Michael Jensen, Marine Species Genetics Coordinator at WWF-Australia said, according to Mongabay.