A new law in Bolivia attempting to curb the nation’s high rates of gender-based violence foresees up to 20 years prison sentences for corrupt judges and prosecutors who favor defendants accused of femicide, infanticide and rape. 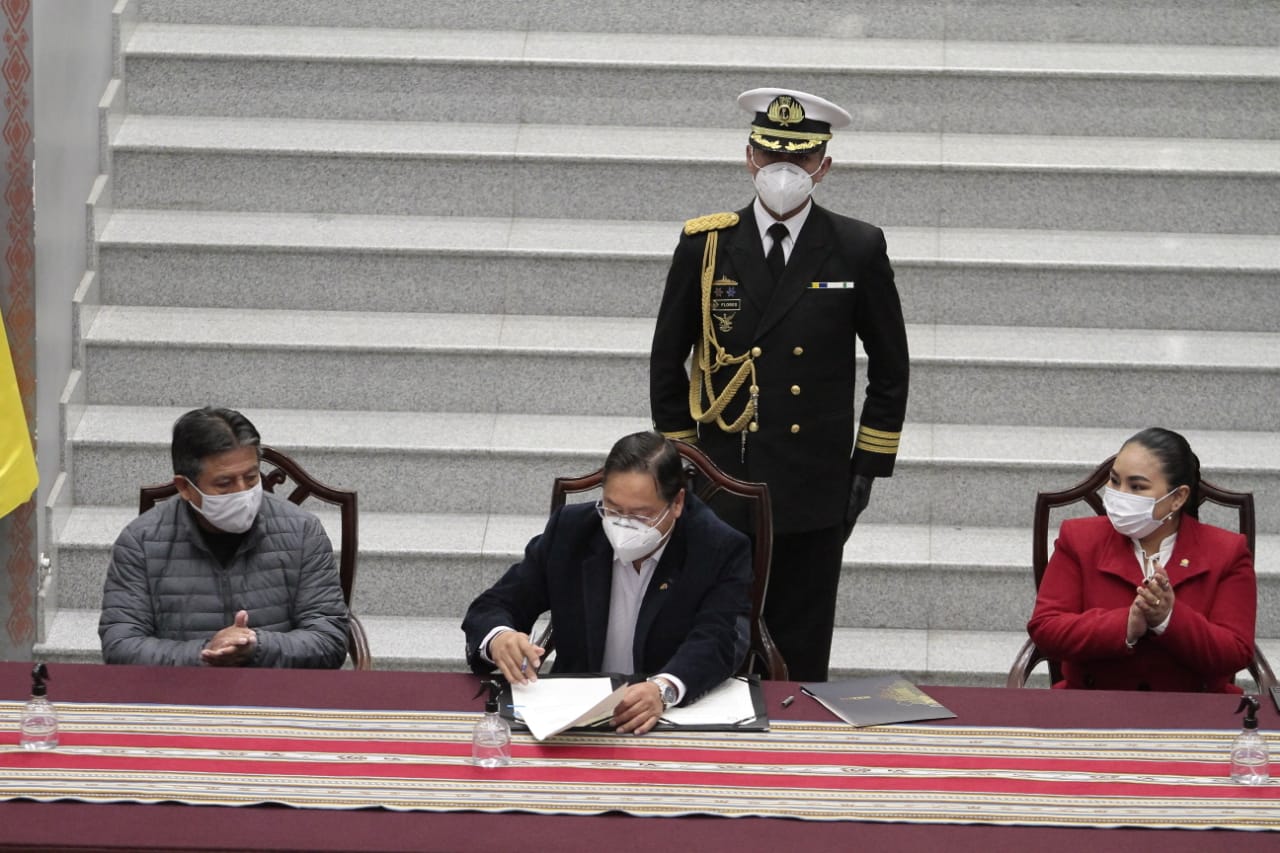 The demonstrations demanded government action against the corrupt judicial systems that fail to protect victims and persecute these criminals.

The Law for the Protection of Victims of Femicide, as the new regulation is called, was promulgated last week on Monday by Bolivian president Luis Acre in the Casa Grande del Pueblo, the Bolivian presidential residence, according to a tweet by the government press agency Agencia Boliviana de Información.

“It is vital that the judges have no option to favor criminals and that this crime be punished without any excuse,” said Acre during the promulgation, referring to the corrupt judges who up until this new legislation, would be charged with 5 to 10 years in prison for the crime of malfeasance. Acre said that the new law will target lawyers who, out of greed, or by hiding behind legal loopholes and capricious interpretations, let these criminals go free.

The judge who heard Choque’s case, Rafael Alcón, now faces charges of malfeasance and breach of duties, as are 14 other judges facing trials for similar reasons, the Associated Press reported.

Acre said the judges don’t have an option to favor criminals, as in the case of Choque. "No more impunity, no more prevaricating judges, we want a justice that is sensitive to this problem and that allows us to set precedents to improve as a society as a whole,” he said.

The Minister of Justice, Iván Lima, said the law will also prevent defendants from being detained at home, which is often the same home the complainant lives in.

Bolivia has the highest rate of sexual violence in Latin America. The nation had 108 femicides in 2021, and 48 femicides and 21 infanticides since January 2022. However those who choose to come forward often face crashing barriers when seeking justice; and many of the perpetrators are either never caught, go unpunished, or are freed soon after arrest.

The law is the product of the work carried out by the Commission for the Review of Cases of Rape and Feminicide for the past four months to promote structural reforms and give justice to the victims.