Two people died and one was wounded during a clash between the Mexican Army and the Sinaloa Cartel that erupted after soldiers arrested four cartel members, including the leader of an armed wing of assassins, the Ministry of National Defense reported Tuesday. 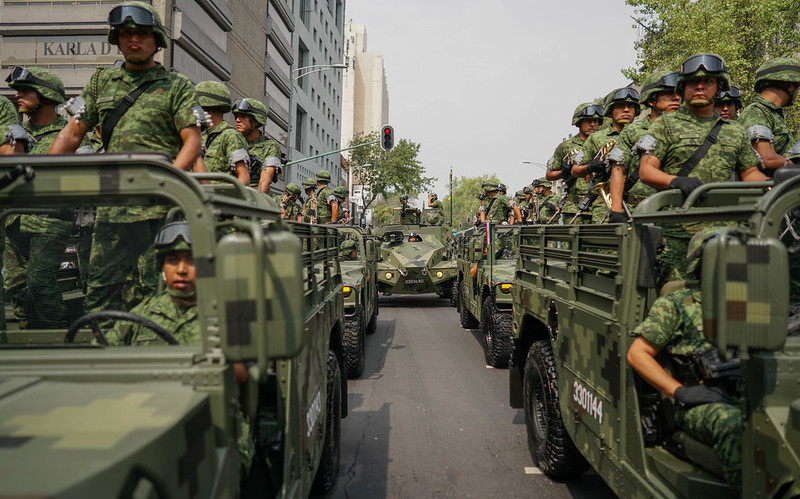 The Mexican Army successfully repelled an attack in Sonora following the arrest of a high-value target in the Sinaloa Cartel. (Photo: Thomas_H_foto, Flickr, License)On a reconnaissance mission in the state of Sonora, 15 Mexican soldiers managed to capture the four cartel members, including Francisco “N”—also known as El Duranguillo—who officials say is responsible for several violent attacks throughout the country.

Following their detainment, approximately 60 cartel members arrived at the scene to intimidate the military into releasing their leader. They also reportedly offered the soldiers a bribe of 10 million pesos (US$484,000) in exchange for El Duranguillo, authorities said.

Onlookers managed to capture the tense verbal exchange before all hell broke loose.

After their refusal to be bribed or intimidated into submission, the soldiers were drawn into a firefight with the cartel.

Sounds of automatic fire soon rang out throughout the entire town, terrifying its inhabitants.

Under fire and outnumbered four to one, the army hunkered down and called in for reinforcements of their own from two nearby bases.

Friendly humvees soon arrived on the scene to relieve their comrades and set up a perimeter in order to prevent the cartel from escaping, the Ministry of National Defense reported.

Resources from the Air Force, the National Guard, and state and municipal police forces were also called in to assist the pinned down soldiers.

With the scales now in their favor, the army managed to repel the attackers. Footage from a building’s security camera shows heavily armed cartel members fleeing the scene as bullets whizzed past them by only a few feet.

One cartel member and one soldier died in the firefight and another soldier was injured and transferred to hospital.

“The arrest of Francisco “N” constitutes an important blow against the structure of organized crime in the state of Sonora,” the Mexican government said.

Alfonso Durazo, the governor of Sonora, congratulated the soldiers for arresting a high-value target in the Sinaloa Cartel and for their success in dealing “a hard blow to the main generators of violence in the region.”