The Sahel, the arid plains of North Africa wedged between the Sahara desert and the dense jungles farther south, has long been a lucrative highway for people smugglers who shuttle millions of migrants through Niger and into Algeria or Libya on their way to Europe, in what were often harrowing journeys. 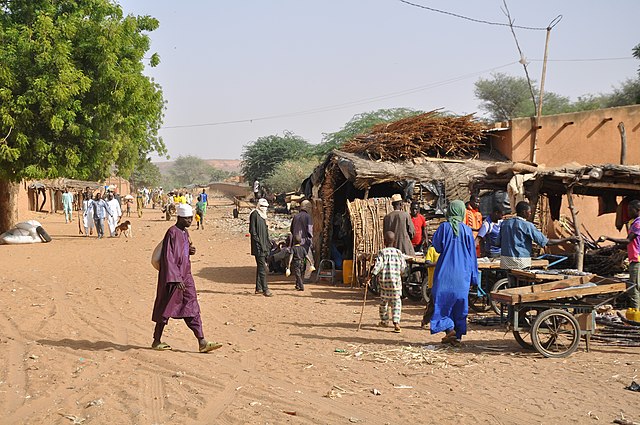 Since Libya’s 2020 cease fire, Chadian mercenaries have moved further south to take over smuggling lanes. (Photo: Vincent van Zeijst, Wikimedia, License)Once flowing through Libya and operated by local militias the route, ‘the Human Conveyor Belt’ has ebbed and flowed due to changing geo-political and economic realities, but recently refocused towards Algeria, a new report by the Global Initiative Against Transnational Organized Crime (GI-TOC) found.

“In 2021, migration dynamics in Niger involved the consolidation of a trend in which the flow of irregular non-Nigerien migrants moving to Algeria overtook the numbers transiting towards Libya – historically the most popular route for sub-Saharans seeking opportunities in North Africa or Europe,” the report said.

As movement to Algeria has grown, so too have the risks associated with this route, owing to sustained efforts by the Algerian authorities to counter human smuggling, including through the resumption of expulsions to Niger, which had slowed considerably in 2020 due to the COVID-19 pandemic,” it explained.

While once the routes were operated by Libyan militias engaged in civil war, Libya’s 2020 ceasefire encouraged Chadian mercenaries to migrate further south and take over the smuggling lanes.

Despite the shift towards Algeria, that doesn’t mean that human smuggling through Libya has entirely disappeared, in fact it has continued to see slight increases since 2020.

The migrants are still beset by a range of dangers, including banditry in northern Niger, which has only increased as mercenaries depart Libya. “The rise in banditry is linked to the growing presence of ex-mercenaries in southern Libya – in particular, at the Kouri Bougoudi goldfield, which straddles the Chad–Libya border – from where they have engaged in predatory activities across northern Niger,” the report said.

“If Chadian fighters returning from Libya are not effectively included and reintegrated in Chad, their involvement in banditry will increase, and 2022 will see more incidents and violent attacks in eastern and northern Niger. The situation in Niger will also be affected by the outcome of Libya’s political process,” it concluded. “If another conflict breaks out in Libya, Niger could face a spillover of insecurity and tensions.”