One of the world’s major audit firms admitted its auditors had cheated on exams and agreed to settle the affair with U.S. authorities for US$100 million. 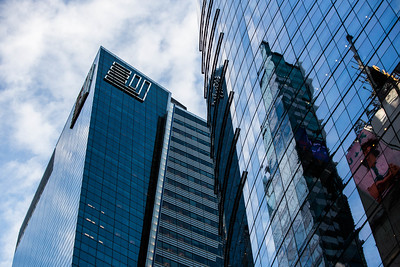 “It’s simply outrageous that the very professionals responsible for catching cheating by clients cheated on ethics exams of all things,” Director of the SEC’s Enforcement Division, Gurbir S. Grewal said.

The company conceded the facts behind the SEC’s accusations and agreed to pay the penalty.

Ernst & Young admitted that, over multiple years, a significant number of its audit professionals cheated on the ethics component of CPA exams and various continuing professional education courses required to maintain CPA licenses, including ones designed to ensure that accountants can properly evaluate whether clients’ financial statements comply with Generally Accepted Accounting Principles, according to the SEC.

Ernst & Young further admitted that it did not alter its submission even after conducting an internal investigation into cheating on CPA ethics and other exams and after concluding that there had been cheating, and even after discussing the problem with members of the firm’s senior management.

The SEC also claimed that Ernst & Young “did not cooperate in the SEC’s investigation regarding its materially misleading submission.”

Following the SEC findings, in addition to paying a $100 million penalty, Ernst & Young was ordered “to engage in extensive undertakings, including retaining two separate independent consultants to help remediate its deficiencies.”

One consultant will examine the firm’s ethics and integrity standards and processes, while the other will examine Ernst & Young’s actions related to its disclosure failings, including if any of its employees contributed to the firm’s failure to revise its inaccurate statement, according to the SEC.