Experts welcomed the amendment that aims to close the loopholes of the 2021 Anti-Money Laundering (AML) Whistleblower Act by expanding the financial incentives to qualified tipsters and including tips on sanctions violations. 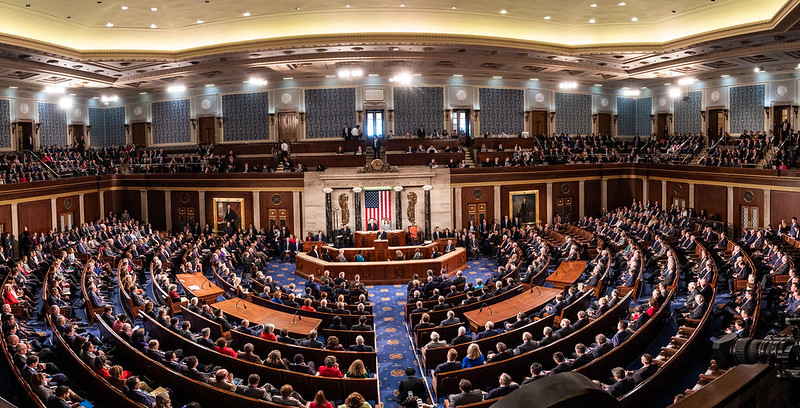 U.S. House Committee on Financial Services votes on bill to inceltivize whistleblowers. (Photo: NATO, Flickr, License)“In the wake of the Russia-Ukraine war, tracking down sanctions violators has become an urgent priority here in the US, and elsewhere,” Sarah Poppy Alexander, an attorney at Constantine Cannon representing whistleblowers, told OCCRP on Monday.

“That means that anyone with information related to a person violating U.S. sanctions would be able to come forward as well,” Alexander added.

The AML Act was passed in January 2021 to incentivize individuals to blow the whistle on money laundering. However the lack of a minimum guaranteed monetary award undermined the program’s effectiveness, reported the Wall Street Journal.

Since then, whistleblower activists such as the non-profit National Whistleblower Center (NWC) had been advocating for stronger provisions to the act. Namely, for the Congress to impose a floor on the amount of a reward that a whistleblower could potentially recover for coming forward, given the risks faced by any whistleblower for reporting on money launderers.

In a letter addressed to members of the Congress in April 2021, advocates wrote that “the essence of money laundering is to hide the source of ill-gotten wealth. Without insider information, this multi-trillion dollar highly corrupt international business cannot be stopped.“

A second concern to the AML Act was its scope being limited to just the Bank Secrecy Act, a law that requires financial institutions such as banks and broker-dealers to help the U.S. stop money laundering.

Representative Alma Adams (D-NC) introduced a new bill to close these loopholes and the U.S. House Committee on Financial Services last week voted for the upgrade of the program. It now includes a mandatory minimum 10% award for AML whistleblowers, in addition to the previously existing 30% maximum, the establishment of a fund to finance the awards, and the expansion of the program to cover sanctions violations.

The bill will next proceed to the House floor for a vote.