Nigeria: Dozens of Underage Girls Rescued From a ‘Baby Factory’

The police in southeast Nigeria rescued 35 girls aged 14 to 17 who were exploited for prostitution and ‘baby harvesting’ in a raid last week – according to a press statement by Tochukwu Ikenga, the local police spokesman. 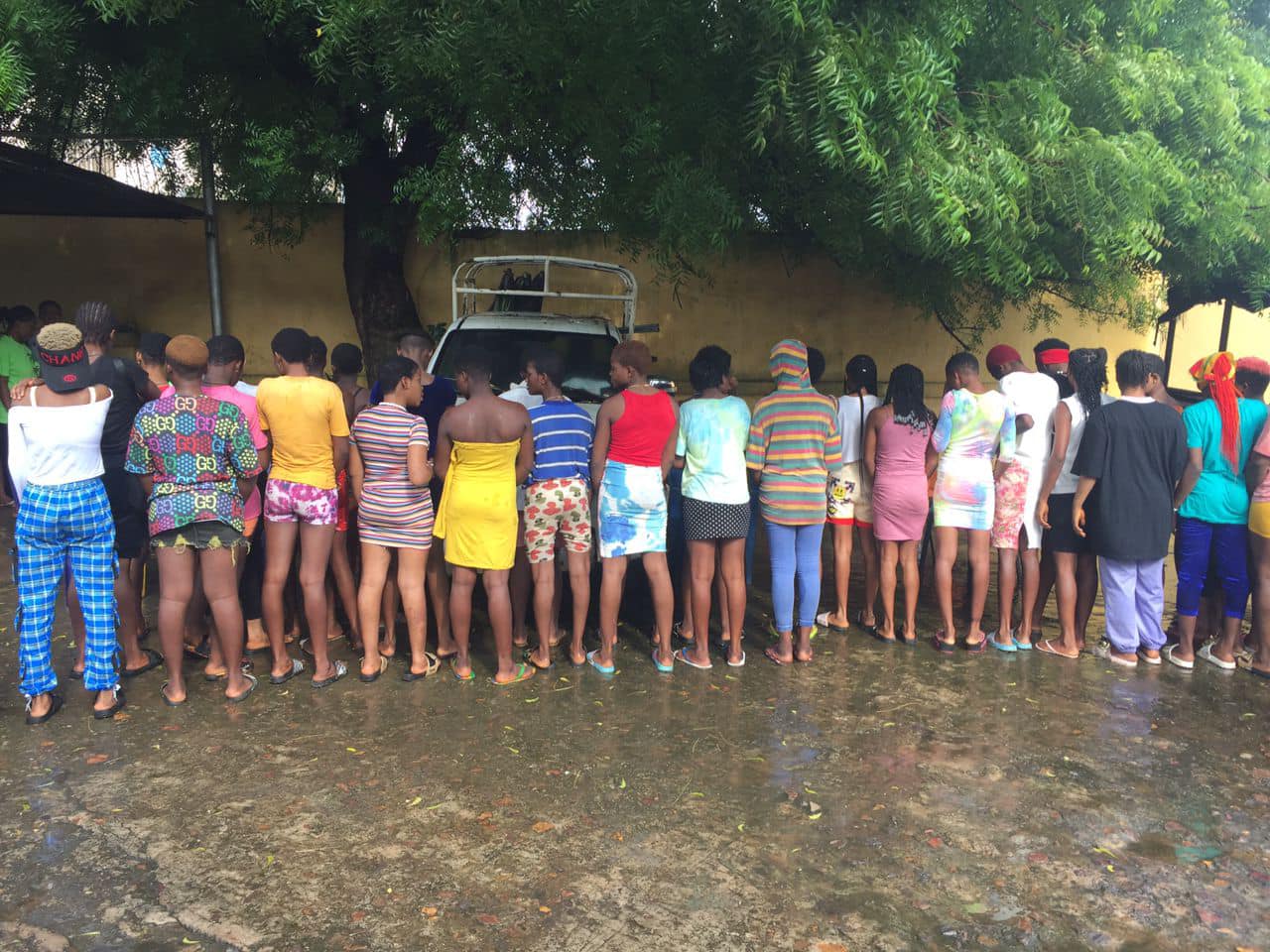 During the raid in Nigeria, 35 girls between the ages of 14 and 17 were rescued from the so-called Baby-factory. (Photo: Anambra State Police Command/Facebook, License)The girls were discovered in a hotel named Gally Gally in the town of Nkpor in Anambra State.

Officers arrested three suspects, including two security men, while the hotel owner and the ‘Madam’, who was in charge of the facility, are on the run.

“The suspects arrested are being interrogated with a view to eliciting information on their involvement and unmasking other gang members,” said Ikenga.

The girls were handed over to the National Agency for the Prohibition of Trafficking (NAPTIP) for recovery.

“I was lured into the business by a friend who did not tell me that we would be used as prostitutes. I was told that I was coming to work as a sales girl,” said one of the girls during a press conference.

“None of us could run away because of the guards there and the heavy security around us,” she added.

Nigeria is notorious for its problem with baby harvesting. In recent years, dozens of girls held in baby factories were rescued during police raids.

“A typical victim is a teenager who gets pregnant out of wedlock and is thrown out of home,” said Osai Ojigho, the director of Amnesty International Nigeria, who spoke to the OCCRP on Wednesday.

“These people promise to look after them but do not let them leave until they give birth,” she added.

In other cases, girls from poor families are lured into the facilities with a promise of work and then forced into prostitution.

If they get pregnant, the babies are taken away and sold – usually to childless couples.

The industry is concentrated in southeast Nigeria. According to Ojigho, this, in part, arises from inheritance laws of the Igbo people, who are a dominant ethnic group there.

“Property can only be inherited by boys. If a man does not have male children, everything will go to his brothers, which might be a big loss for the family,” Ojigho said. Social prestige and the role of children as a safety net for old age are also important.

Another factor is the price of brides – one of the highest in Nigeria. “This adds to the pressure. A marriage without children can be seen as a failed investment,” she explained.

The real trigger was a dysfunctional adoption system, implied Ojigho, “We have very stringent adoption rules. There are long waiting lists. For couples who have been trying to have children for years, the process might seem very traumatic.”

Despite the ongoing clampdown, Ojigho remains skeptical about Nigeria’s capacity to eliminate the practice.

“The problem is that the police does not consider baby harvesting a serious crime. Sometimes, there might even be some sympathy with the parents.”

As people buying the babies are typically wealthy, corruption is also a problem.

“When these crooks know that the police is coming, they move on pretty quickly. If one factory is closed today, there are several others opening the next day,” concluded Ojigho.