Hungary arrested a former Brazilian military police officer who allegedly turned into one of the biggest global drug traffickers whose network is suspected to have shipped 45 tons of cocaine from Brazilian ports to Europe. 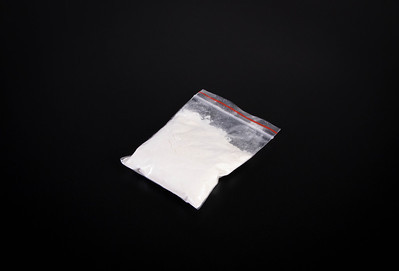 One of the biggest world drug traffickers arrested in Hungary. (Photo: Marco Verch, License)Sergio Roberto de Carvalho has been on the Interpol Red Notice for drug trafficking, money laundering, document fraud, homicide, and strong links to organized crime since 2020.

He was arrested in Budapest with a forged Mexican passport.

Dubbed the “Brazilian Escobar,” in reference to the famous Colombian drug lord, Carvalho is considered one of the most powerful traffickers in the world.

An ex-major in the Mato Grosso do Sul Police, Carvalho was dismissed from the military police for drug trafficking only four years ago. In 2020 he was arrested for his suspected drug scheme in Spain under a Surinamese false identity. But after paying bail, he faked the death of his forged character from COVID-19 on paper, and disappeared from the radar.

Soon after, Brazilian authorities alarmed their Spanish counterparts that they were, in fact, dealing with the infamous Carvalho. This notification sparked a transnational investigation into the drug lord’s cross border scheme.

Since fleeing from Spain, Carvalho reportedly lived in Portugal for the past two years, where the police seized a van containing 12 million euros believed to be the earnings of Carvalho’s drug trade.

In the meantime, he leapt through Ukraine and Dubai, before landing in Hungary where he was caught.

A total of 163 properties connected to Carvalho have been seized in Brazil, Portugal, Spain and Dubai over the years as well as 37 planes, 70 cars, and millions of euros, according to Insight Crime.

It is yet undetermined whether he will be imprisoned in Europe or extradited to Brazil.