An internationally recognized Mexican scientist who pleaded guilty to acting as an unregistered agent for the Russian government and spying on an FBI informant in the Miami area, was sentenced Tuesday to four years in a U.S. prison. 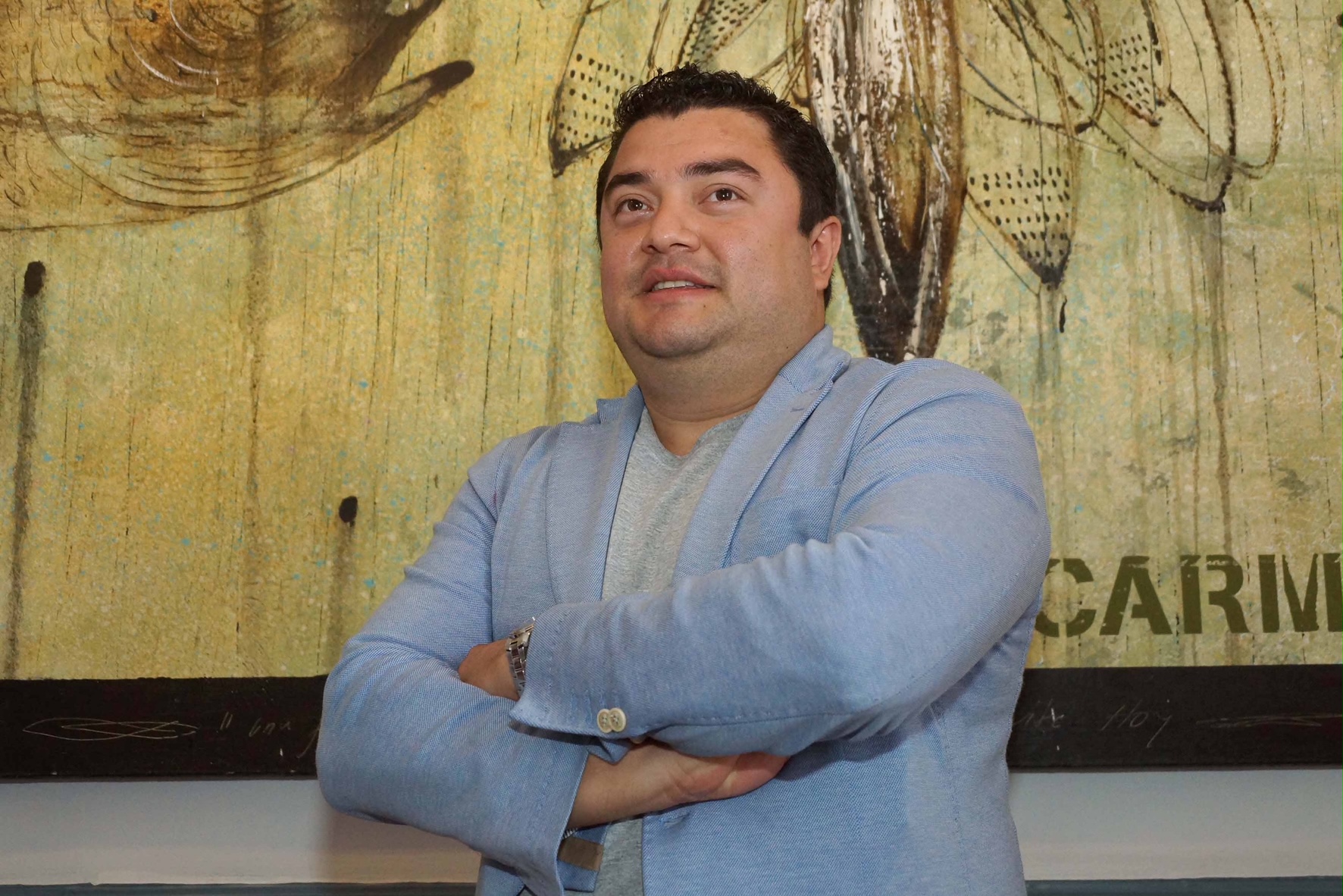 The sentence Tuesday was for 48 months and a day, considerably less than the 10-years maximum penalty. The extra day makes him eligible for an earlier release, and the prosecution did not object to the light sentencing, usually a sign that the defendant has cooperated.

The judge allowed Cabrera’s time in detention to count towards his sentencing, and the defense said he had another 28 months to serve. Cabrera could be released early on good behavior.

Cabrera was handcuffed for much of the proceeding, his beige-colored prison uniform a jarring contrast to the smiling online photos of him in his white laboratory coat. Speaking in English, a contrite Cabrera expressed remorse for his actions and asked for leniency.

“I have zero interest in getting involved in anything like that from now on,” he said, adding in the future “freedom comes first and the family too.”

Defense attorney Ronald Gainor told reporters after the quick sentencing that the ruling “was a negotiated sentence” and said he hoped Cabrera could return to his scientific profession and continue with his charitable contributions in Mexico.

Cabrera led a double life — as a cardiac scientist and a foreign agent — while also being married to a woman in Russia and another in Mexico, according to the few public court records. Much of the case was treated as a deep secret on national-security grounds under the Classified Information Procedures Act, or CIPA.

A Russian official directed Cabrera to target the local informant and take photos of his car, license plate and parking location because he was believed to be providing intelligence on Russian spying activities to the FBI, records show.

“The manner in which the defendant communicated with the Russian government official and his undertakings in this case are consistent with the tactics of the Russian intelligence services for spotting, assessing, recruiting, and handling intelligence assets and sources,” read a factual statement filed with Cabrera’s plea agreement reached between his defense attorneys and federal prosecutor Michael Thakur.

Cabrera pleaded guilty in February to a single charge of acting as an agent of the Russian government in the United States without notifying U.S. authorities.

His defense attorneys, Gainor and Amber Donner, had urged U.S. District Judge Donald Middlebrooks to give their client a “fair” sentence.

In a sentencing memo, they described Cabrera as “a world-renowned biochemist and cardiovascular scientist” educated in Russia, Germany and Singapore and provided letters of support from relatives and colleagues worldwide. They also noted that “his career is only surpassed by his charitable work supporting the people of his hometown Oaxaca, Mexico.”

Cabrera was arrested by FBI agents after he was stopped Feb. 16, 2020, at Miami International Airport by U.S. Customs and Border Protection officers who inspected his cellphone before his scheduled departure for Mexico.

Before his arrest, Cabrera’s primary employment was as a researcher with the National Heart Center Singapore. He also had a “joint appointment” at Duke-NUS Medical School, which is a collaboration between Duke University and the National University of Singapore.

All of Cabrera’s appointments were suspended, a spokesperson for Duke-NUS told the Miami Herald.

On his LinkedIn page, Cabrera called himself president of the Mexican Global Network in Singapore, since 2016, a self-described “talent network.” He completed his doctoral work in July 2014.

At a previous court hearing on his pretrial detention, Cabrera said he was making US$7,500 a month as a researcher at the National University of Singapore and another $5,000 a month from a part-time job with an Israeli company in Germany, along with holding about $100,000 in bank accounts in Mexico, Singapore and the United States.

He had published more than 100 scientific articles and his lawyers said he is recognized as a leader in the field of cardiac disease.

But in his other life, Cabrera spied for the Russian government.

According to an FBI criminal affidavit, the scientist arrived with his Mexican wife in Miami on Feb. 13, 2020, rented a Chrysler sedan and drove to a condominium complex the following day to spy on a resident at the “direction” of an agent with the Russian Intelligence Service, which operates under President Vladimir Putin.

It turned out that the resident was a confidential source for the FBI’s counterintelligence division who provides information on Russian spying activities in South Florida.

Before he was asked to leave the complex, Cabrera’s wife took a photo of the federal informant’s car and license plate. The plan was to turn the photo over to his Russian handler on his next visit to the country, according to court records.

“A WhatsApp message from the defendant’s travel companion to the defendant contained a close-up photograph of the specified U.S. [informant’s] car,” according to the factual statement filed with Cabrera’s plea deal.

Cabrera, who was visiting Miami on a business and tourism visa, told FBI agents during questioning after his arrest that he had met with the Russian intelligence agent in Russia several times in 2019 and that he instructed him to rent a unit at the condo complex in Miami to do surveillance on the FBI informant.

Cabrera’s cell phone showed that there had been interaction between him and his Russian handler, according to the affidavit. He also told the FBI agents that he had a second wife, who is Russian and has two daughters. He said he visited his family on his trips to Russia while he met with the Putin government’s intelligence agent.

The agent instructed Cabrera not to tell his Russian wife that he was meeting with him. He also promised Cabrera that he would help the Russian wife and her daughters get out of Russia.

“We can help each other,” the Russian agent told Cabrera.

There was no mention of the Russian wife in the defense documents filed with the court seeking leniency for Cabrera. Instead, it featured letters to the court from his mother Lucila Fuentes Cruz and his siblings.

“It is my sincere hope that you will consider this letter and all the contributions provided by my son to science” Fuentes Cruz wrote the court, asking that her son be given a chance to continue his career.

The details of where the actual surveillance of the Russian-sought target happened in Miami and the identity of the target remain deep secrets. About a month after Cabrera’s arrest, the court on March 18, 2020, appointed a classified security officer and six alternate officers to ensure that the case details remained secret.