Council of Europe: Corruption in Kazakhstan is a Serious Problem

Although Kazakh authorities have in the past decade launched numerous initiatives to curb it, corruption remains woven into the fabric of high-levels of society, public bodies, institutions and the private sector, said a report published by the Council of Europe’s anti-corruption body. 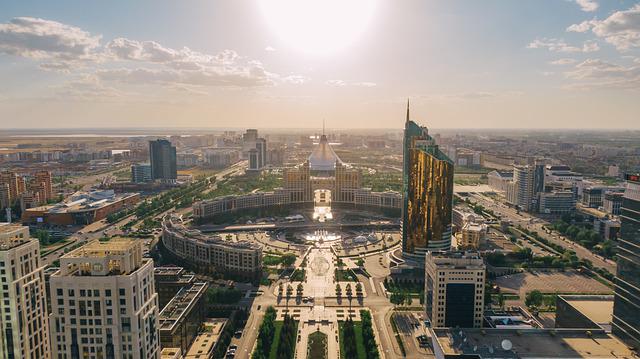 Corruption remains a problem in Kazakhstan. (Photo: Бахыт Каныбек, Pixabay, License)Corruption and oligarchic capitalism has plagued the oil and mineral rich Central Asian nation since it gained its independence from the Soviet Union in 1991. Kazakhstan currently ranks 102nd out of 180 countries in the Transparency International Corruption Perception Index.

However, the extent of corruption today is hard to cut out as there are hardly any reliable sources of information, says the report by the Group of States against Corruption (GRECO).

Kazakh authorities said combating corruption was a top priority in the country’s public policy and have established an anti-corruption agency, adopted new laws that target corrupt individuals, digitized public services to minimize fraudulent acts that might arise from human contact, and created a five-year Anti-Corruption Strategy.

A 2019 Transparency International report found that Kazakhstan has been seeing progress in the fight against corruption in the past few years.

However, flawed anti corruption framework, unresponsiveness in policymaking, state control of the media, lack of civil society and transparency in public administration, and the far-reaching presidential powers remain structural concerns according to GRECO.

During the body’s on-site visit, the severity of corruption in Kazakhstan, especially at the high-levels, and its links to organized crime, was acknowledged by Kazakh authorities.

The high-level corruption was exposed in several investigations of the OCCRP.

A January 2022 investigation found that the country’s former president Nursultan Nazarbayev, who steered the nation for three decades, held at least US$8 billion in assets under the umbrella of charitable foundations set up and controlled by him.

In 2019, Nazarbayev appointed Kassym-Jomart Tokayev to be his successor while holding onto the reins of the security council. But when Kazakh people took to the streets in early January 2022 to protest rising oil prices and Nazarbayev’s ongoing political presence, Tokayev sought to distance himself from his predecessor and promised change.

A month later in February 2022 however, another investigation by the OCCRP into account leaks from the Swiss banking giant Credit Suisse, revealed that the Tokayev family had stored their own wealth in secretive offshore accounts and real estate since 1998, worth over $13 million.

Previously, a 2017 investigation into the Panama Paper leaks revealed an elite circle of Kazakh billionaires who held assets in an offshore company in the secretive tax haven Bermuda.

The GRECO report concluded that fundamental reforms were necessary to bring the Kazakhstani institutions closer to international anti-corruption standards, and said there was a long way to go to improve the capacity to detect and prevent corruption in public administration.

The report will assess the implementation of recommended reforms at the end of 2023.