The anti-corruption agency in the Democratic Republic of the Congo (DRC) said that it found severe irregularities in the operations of the state-owned mining giant Gécamines, including instances of embezzlement that have deprived the state budget of hundreds of million dollars. 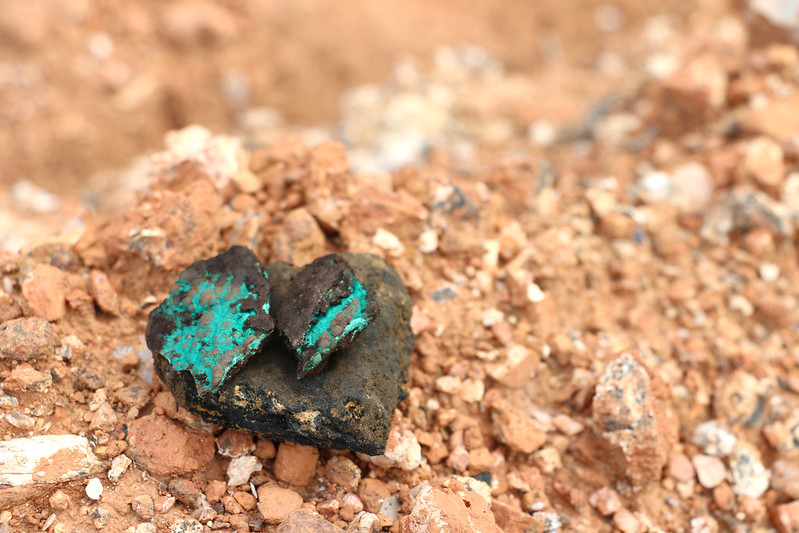 The DRC is home to some of the world's most valuable mineral deposits. (Photo: Fairphone, Flickr, License)The irregularities were discovered in an audit conducted by the General Inspectorate of Finance (IGF), whose conclusions, finalized on May 31, were seen by the OCCRP.

The audit was commissioned in September last year by President Félix Tshisekedi, who took office in 2019, replacing allegedly notoriously corrupt Joseph Kabila, who ruled for 18 years. Tshisekedi pledged to scrutinize and renegotiate mining agreements closed under his predecessor, claiming they had failed to benefit the Congolese people.

The DRC is home to over half of the world’s reserves of cobalt, producing around 70% of its global supply. It is also the world’s fourth-biggest producer of copper.

Under Mobutu Sese Seko, who ruled Congo from 1965 to 1997, these reserves were controlled exclusively by Gécamines, once the largest mining company in the world and the backbone of the Congolese economy. However, decades of mismanagement, neglect and rent-seeking brought the company close to a collapse in the 1990s. Since then, the mining sector has been undergoing the process of privatization.

With the stated purpose of collecting funds for modernisation, Gécamines sold off a significant proportion of its mining concessions and entered, as a minority participant, more than 20 ventures with private investors, including companies such as Glencore or Eurasian Natural Resources Corporation (ENRC). The privatization has been beset by allegations of corruption and mismanagement, with billions estimated to have been lost in some sales.

The audit specifically looked into the period 2010-2020 when Gécamines was chaired by Albert Yuma, known to be close to the former president. Yuma, suspected of corruption and embezzlement, was fired from the office in December.

In the key allegation, the audit report asserts that of the US$530 million in tax and $61 million in loans, which Gécamines claims to have paid to the government, $414 million disappeared. The money was to be transferred to the DRC Central Bank but never arrived there.

Perhaps even more concerningly, the mineral deposits, based on which the company’s share in the joint ventures was determined, have never been subject to an independent valuation.

In addition, the joint ventures were involved in excessive subcontracting with subsidiaries of their parent companies, to which they were, moreover, selling their produce at discounted prices. This facilitated effective tax evasion.

“The diversion of income reached an extent that none of these partnerships was able to distribute dividends before the 2020 financial year,” adds the audit report. Gécamines would be eligible for a proportion of the dividends equivalent to its share in the individual mining ventures.

In 2008, Gécamines introduced a system of contractual royalties from proceeds of sale, which were to be transferred from the joint ventures directly to the company. The clause was motivated by a fear that its mining partners would capture revenues from the joint mining operations.

According to the IGF, however, the amount of royalties collected fell far below expectations – mainly due to the lack of consistency and a degree of arbitrariness in setting the royalty rates. For example, Tenke Fungurume Mining, owned by the second largest cobalt producer in the world – China Molybdenum, which gained access to the largest share of Gécamines’ original mineral reserves, is not obliged to pay any royalties.

The inspectors also raised concerns about the use of revenues Gécamines was able to collect from the joint operations despite the mismanagement. From the acknowledged profit of $2 billion made in the examined period, only $60 million were reinvested – contrary to the original intention to use privatization as a vehicle to modernize and expand the company.

Jules Alingete, the IGF chief inspector, said that most of the money, around $1.5 billion, was used to pay management bonuses.

Although Yuma was replaced by a new director, Kalubi Alphonse, the IGF does not seem to have trust in the company’s ability to manage its assets in the interest of the Congolese people and its long-term expansion plans.

The audit report, namely, recommends the government to prohibit Gécamines from signing any partnership contracts or concessions on the available mineral deposits.

It also calls for the “renewal of Gécamines representatives in the decision-making bodies of the companies in which it has stakes”.

Gécamines did not immediately respond to OCCRP’s request for comment.