Extent of Global Dark Fleets Mapped for the First Time

An international nonprofit organization has released the first ever global map of so-called ‘dark fleets,’ or fishing vessels that do not broadcast their location or appear in public monitoring systems. The map is exposing the extent of illegal fishing worldwide. 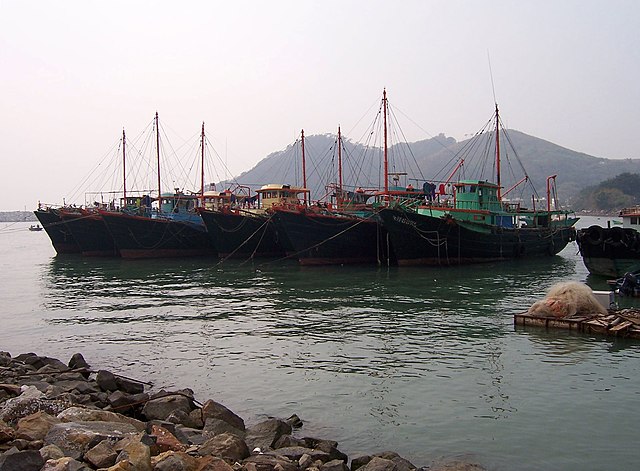 China is not the only country to employ a distant water fishing fleet, but it is exponentially larger than any other currently fielded. (Photo: Enochlau, Wikimedia, License)The map is updated daily and allows authorities, researchers and the public to identify dark fleet patterns and build the necessary understanding to quantify threats to the ocean, Global Fishing Watch said in a statement.

“It is surprising how little we have known to date about the true scale of human activity on the water,” David Kroodsma, director of research and innovation at Global Fishing Watch (GFW) said in a statement.

In addition to engaging in often illegal, unregulated and unlicensed fishing, criminality, from human trafficking to labor exploitation and even murder, is rampant on board.

The ships have been termed a ‘dark fleet’ for their practice of shutting off or otherwise obfuscating their AIS systems, which signal their location on the waves.

“If you combine vessels that intentionally shut off their signal with the significant number of boats that don’t make their whereabouts known in public systems at all, you end up with gaps in data, monitoring and accountability,” he explained.

Global Fishing Watch is using satellite radar imagery to reduce that information gap and serve its findings to anyone willing to make sure the ocean is managed equitably and sustainably.

“By seeing and characterizing the activity of these expansive dark fleets, we can begin to better understand and quantify not just illegal fishing but a great deal of human activity that is impacting our marine environment,” said Paul Woods, chief innovation officer at Global Fishing Watch.

China’s huge dark fleet has been circling the globe, pilfering the oceans of their bounty in a lawless frenzy that has been likened to the Wild West. But China isn’t the only country to employ a distant water fishing fleet, although it’s is exponentially larger than any other currently fielded.

Russian oil tankers have adopted the practice to flaunt sanctions brought on by Vladimir Putin's invasion of Ukraine.