The Nigerian Army destroyed 40 illegal refineries and arrested 21 people in a continued clampdown against oil theft in the oil-rich Niger Delta Region, the Ministry of Defense said. 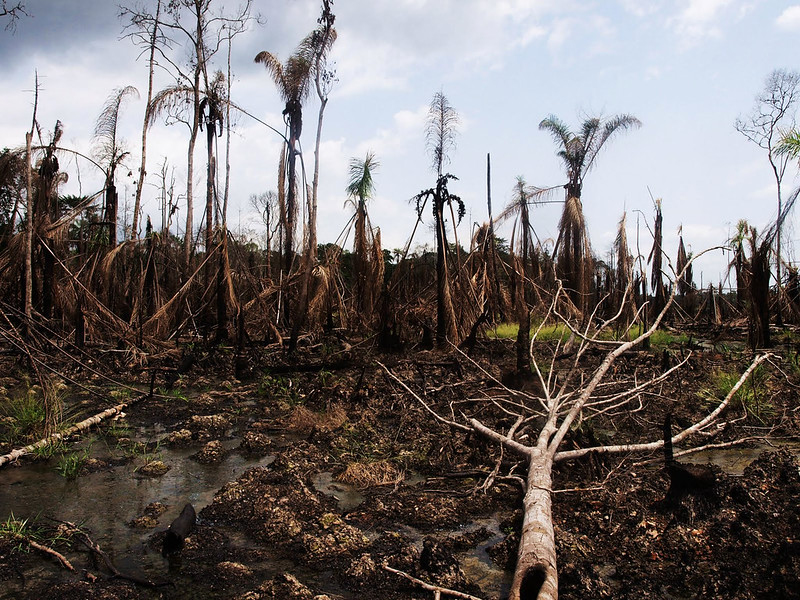 Illegal oil refineries have accelerated the environmental destruction in the Niger Delta. (Photo: Sosialistisk Ungdom, Flickr, License)Troops confiscated 107,400 liters of crude oil, 456,450 liters of diesel, 6,250 liters of petrol and six trucks during the operation that was conducted between May 19 and June 2.

“All recovered items and apprehended criminals were handed over to the appropriate authorities for further action,” said Benard Onyeuko, the Ministry’s spokesman.

Oil theft, conducted through tapping and siphoning off official pipelines, is rampant in the region. According to estimates, US$3.2 billion worth of oil was stolen last year, amounting to around 10% of oil export earnings.

The clampdown has been underway since 2021, when the military destroyed a total of 1.423 refineries. People involved in oil theft often see their activities as necessitated by a dire social situation in the region.

“We do it because we have no jobs, understand?” an owner of an illegal refinery told Sky News.

The massive pollution caused by oil drilling has disrupted farming and fishing, two main sources of income in the region.

However, local communities have seen very little of the wealth generated by the industry, which is dominated by international oil companies. Unemployment remains high and poverty is soaring.

Piracy, which the Niger Delta is notorious for, making the Gulf of Guinea the global piracy epicenter, has grown from the same root. There is also an economic rationale to illegal oil refining.

Nigeria, albeit Africa’s leading oil producer, imports more than 90% of domestically consumed oil. The paradox occurs because it has failed to develop a domestic oil-processing capacity, despite large sums of money poured into prospective refineries. This hikes up the price of oil on the official market, making it unaffordable to many.

Whilst the illegal refining industry offers a partial remedy to Delta’s social ills, it has also accelerated environmental destruction and exposed workers to hazardous working conditions.

During the refinery process, involving boiling crude oil in metal containers, large amounts of soot are released into the air. The residue is then discharged to the river, threatening wildlife and disrupting the water cycle. The boiling process, subject to no temperature and pressure control, is highly vulnerable to explosions.

These are often deadly.

In the most recent accident, on April 23, an explosion killed more than 100 people.

Onyeuko said that the recent operation led to a significant reduction in oil theft. However, it remains unclear whether this state of affairs can be sustained without the root causes of the issue being addressed as well.