NATO: Corruption is a Security Challenge and Russia’s Strategic Tool 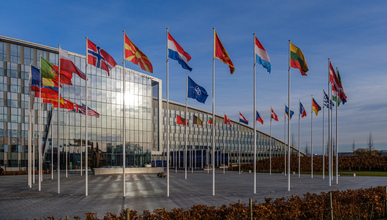 NATO Parliamentary Assembly warned that corruption is one of Russia/s strategic toolkits, and a security challenge for the Alliance. (Photo: NATO, License)During its four-day Spring Session in Vilnius, Lithuania, that ended on Monday, the PA also pointed out that the collapsing corrupt institutions in Afghanistan represent a substantial security challenge for the Alliance.

Corruption “enables terrorist and criminal networks both by providing vehicles for these groups to finance their operations and by weakening the hand of the states that they oppose,” British lawmaker Harriett Baldwin emphasized in her Strategic and Economic Challenges Posed by Corruption draft report.

“Corruption forges links between political elites and organized criminal groups − some of which may be tied to terrorist groups engaged in drug, arms and human trafficking,” she said.

Baldwin said she believes that the problem is worse in nations with poor democracy and is endangering stronger democracies at the same time.

A special problem, according to Baldwin’s report, is when corruption is institutionalized, when “it becomes a means by which ruling parties and elites consolidate their hold over the state and the electoral process itself.”

That enables the corrupt to retain power, collect public wealth, and dodge legal penalties for their theft, according to the draft document, which further stressed that Russia perfectly illustrates that phenomenon.

This is why NATO governments must adopt “a set of watertight, comprehensive and powerful sanctions against the kleptocratic state of Russia” she said.

More than 200 parliamentarians from 30 member nations unanimously passed a declaration “Standing with Ukraine,” that denounced Russia’s invasion of Ukraine in the harshest possible terms.

In another declaration, on “Confronting Russia’s Threats,” the PA encouraged NATO states to tighten sanctions, including the suspension of energy supplies, until Russia withdraws all of its troops from Ukraine.

The PA also urged members to substantially increase supplies of military equipment to Kyiv and impose “massive, crippling and sustained” sanctions on Russia.

“Putin and his enablers must know that the price they pay for their reckless and maniacal war of choice will only continue to increase,” U.S. Congressman Gerald E. Connolly, President of the NATO PA, said.

NATO lawmakers also discussed relations with China, strategic trade challenges, climate change mitigation and adoption, the future of warfare or the strengthening of the Alliance’s science and technology resilience.