Honduras Arrests ‘Cocaine Mom’ Wanted in the US

Honduran police arrested a woman believed to be the head of one the country’s largest drug cartels that used planes, trucks and boats to move tonnes of cocaine to the United States. 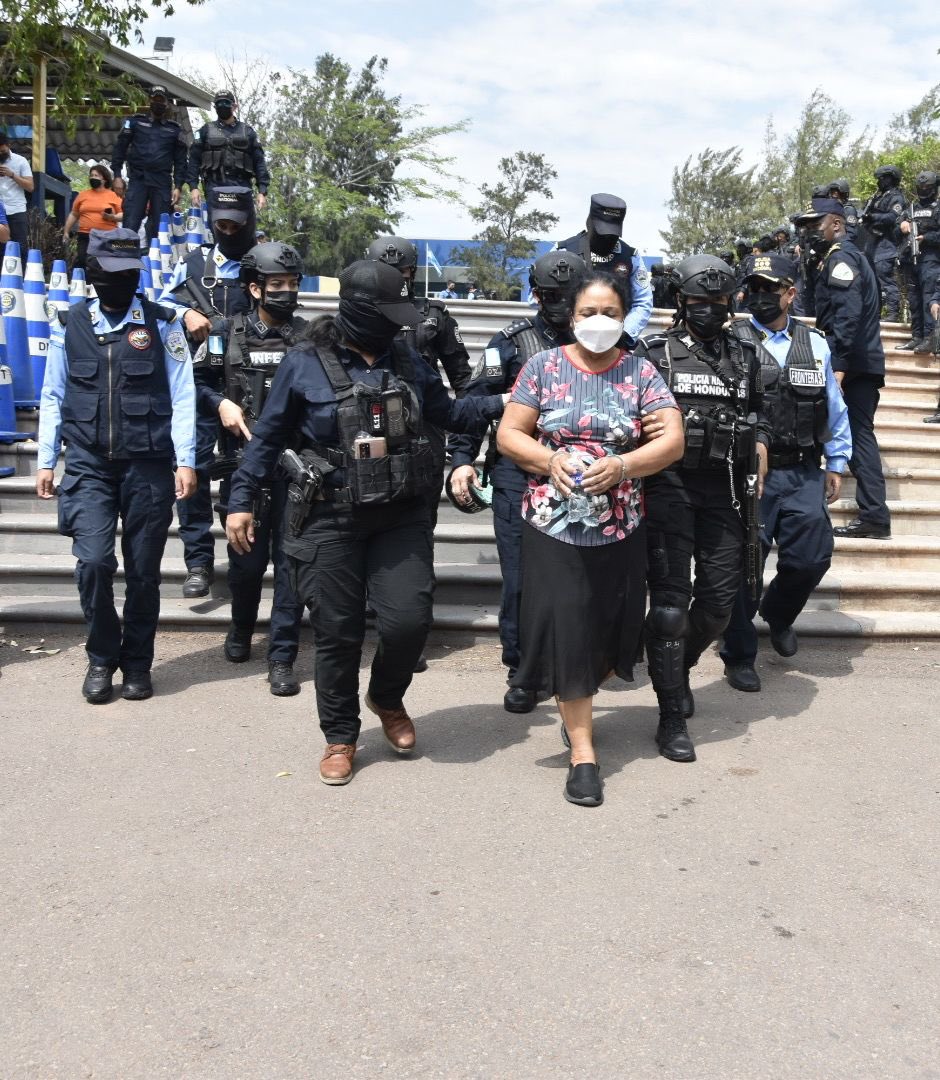 Herlinda Bobadilla has allegedly run the largest narco cartel in Honduras. (Photo: Policía Nacional de Honduras/Twitter, License)Herlinda Bobadilla was arrested shortly after Washington placed a US$5 million bounty on her and on each of her two sons.

One of them, 32-year-old son Tito Montes, opened fire on officers during the police operation and was killed in the shoot-out. The other, Juan Carlos, 35, is on the run while her third son, Noe Montes Bobadilla, 38, was in 2017 arrested and extradited to the United States, where he was sentenced to 37 years in prison for drug trafficking.

Authorities said that three other suspects were also arrested during the operation las weekend.

The Bobadilla family lawyer told local media that the 62 year-old woman “was shocked when she learned that her son had died in the shoot-out” and that doctors had to intervene. “She said that she would have preferred to have died instead of him,” he said.

Bobadilla is wanted by the United States for assisting her sons in the importation, transportation, and distribution of hundreds of kilograms of cocaine. She had allegedly kept many of the narco family's assets and properties in her name.

Police director Gustavo Sánchez Velásquez said on Twitter that the administration of the Honduran President Xiomara Castro “is totally committed to a frontal fight against drug trafficking.”

Bobadilla’s lawyer told local media that his client was “only a housewife. She does not drive armored cars or have bodyguards.”

According to her U.S. indictment from 2015, the mother and three of her sons were leading the Montes drug trafficking network.

Los Montes reportedly operates out of Honduras’ northeastern coast on the Caribbean Sea, which enabled the narco family to receive air and maritime shipments of cocaine from Colombia and South America and move it to the U.S.