The latest commodity being trafficked out of Southeast Asia and on to lucrative markets in China is neither wildlife nor drugs or arms but rather brides, according to a new report by the Global Initiative Against Transnational Organized Crime (GI-TOC). 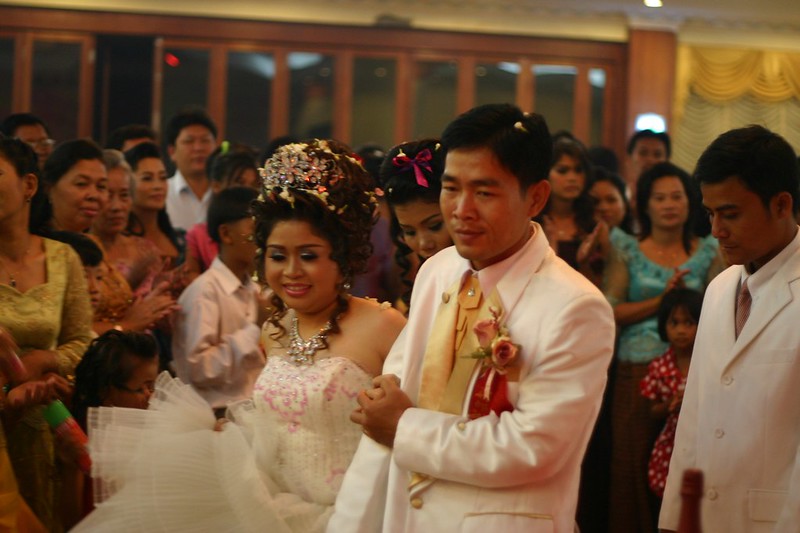 Bride traffickers make good money in the Chinese market, getting anywhere between US$20,000 and $40,000 for a match. (Photo: Thomas Wanhoff, Flickr, License)

“The number of women and girls traveling from Cambodia to China for forced or arranged marriages has surged since 2016, and experienced a further spike since the beginning of the COVID-19 pandemic in the first quarter of 2020,” GI-TOC explained.

Though some of the women may have gone consensually, an increasing amount reported finding themselves in abusive or dangerous environments once in China, the report found.

“As with all trafficking contexts, bride trafficking to China is driven by demand,” Gi-TOC said. In China, the demand for brides has been fanned by the infamous one child policy which lasted from 1979-2015.

“The policy led to sex-selective abortions by many families wanting to have a son instead of a daughter, creating a significant gender imbalance and a subsequent shortage of women to marry in China” GI-TOC said.

As such, the trade has been going on since the 1980s, but saw a significant increase since 2000 as the first generation born under the policy came of age.

Today, bride traffickers make good money in the Chinese market, getting anywhere between US$20,000 and $40,000 for a match.

Though marriage services is a global industry and entirely legitimate in many contexts, in Cambodia, where marriage brokering is banned, it is heavily mired in human trafficking.

“Cambodian women and girls are coerced and forced into arranged and forced marriages through various means,” GI-TOC found. “Some are deceived and promised a job in China; others are told they need a marriage certificate in order to be eligible for well-paid work (which is not the case); some are tricked and sold by their family members, relatives and acquaintances for a lump sum or the promise of a good marriage and better life in China.”

The COVID-19 pandemic only increased the trade and made things more dire for the women, as when the usual routes into China were closed, the bride brokers – read traffickers – turned to more dangerous forms of smuggling.

Among the many recommendations GI-TOC had to cut down on the crime was to legalize marriage brokers in Cambodia so that proper oversight and regulations can be applied.

“Were such services to be legalized, a national registry of bridal agencies and brokers engaged in arranged marriage could be established, alongside a regulatory body or office to monitor operations and ensure adequate protection for women,” GI-TOC said.