Report: Soy Corporations Linked to an ‘Invisible’ Threat in Brazil

Soybean farming, cattle ranching, and land grabs for profit are threatening one of the world’s richest savannas, Brazil’s Cerrado, which many describe as the ‘birthplace of water,’ a recently published binational report revealed. 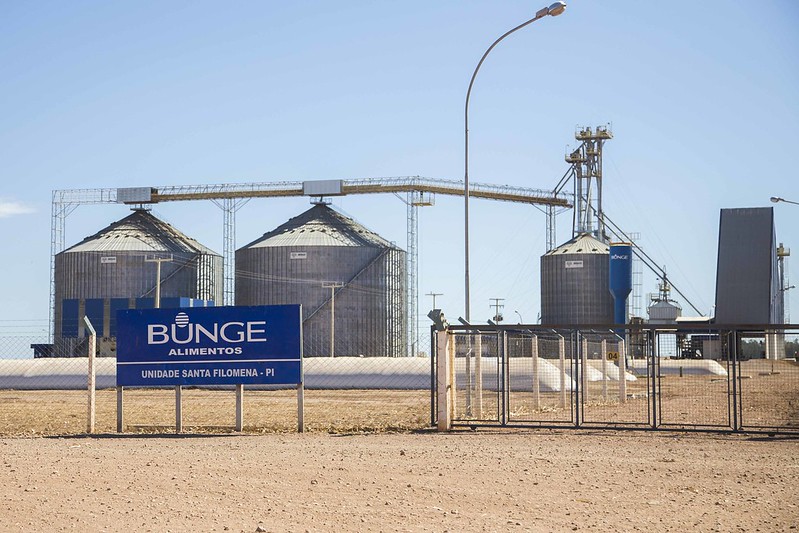 US-based trading company Bunge controls the sale of commodities and finance to soy producers in Brazilian Piauí state, and appears to be the sole buyer of soybeans. (Photo: Rosilene Miliotti / FASE, Flickr, License)The Brazilian Network for Social Justice and Human Rights (Rede Social de Justiça e Direitos Humanos) and other NGOs warned of serious destruction of the Cerrado land and the Amazon rainforest, which have both been gradually cleared into farm lands.

Their report warned that until 2020, soybean monocropping and cattle raising accounted for nearly 80% of deforested areas in the MATOPIBA region which consists of four Brazilian states: Maranhão, Tocantins, Piauí and Bahia.

Soy growers have participated in deforestation, fires, violence, and land grabs in order to supply the soy market that rose following the global COVID-19 pandemic and the record increase of the soy price in 2021.

In 2020, the MATOPIBA region saw deforestation devastate about 23.47 million hectares of the vast tropical savanna biome Cerrado, which is considered a vital environmental asset for the country and the local people.

The creation of a new soy farm is frequently an illegal and lucrative business that begins with the forgery of a land title at a notary office, followed by the eviction of peasants from their farms by the alleged “owners.” Armed groups are often deployed to do the dirty eviction job.

Fires and deforestation appear in the second stage of the land grabbing process, where land grabbers resort to two tractors and a big chain to clear a piece of land. Once this is done, a “new” farm can be resold.

“I started to see a lot of traffic on the road near my house,” the report cited a local leader. He explained that he tried to find out what was going on, but no one wanted to tell him. He eventually got an answer and went to visit the site.

“I went there and saw the area being deforested, and my first reaction was to report it,” he said.

The report crafted by the Brazilian organization and the Friends of the Earth of the U.S., both dedicated to protecting land rights, found that the U.S.-based trading company Bunge Ltd. allegedly enables ongoing deforestation and land grabbing in northern Brazil and reportedly controls most of the trade, processing, and sale of soy in the region.

“Bunge’s operations in the Cerrado continue to threaten critical ecosystems and undermine fundamental human rights, despite the urging of 98% of its shareholders,” the Program Manager of Friends of the Earth, Jeff Conant said.

Bunge controls the sale of commodities and finance to soy producers in Piauí state, according to the study, and appears to be the sole buyer of soybeans.

“There is no question about where Bunge stands – until it is forced to respect human rights and native ecosystems, this agribusiness giant will continue destroying everything in its path,” Conant said.

Over the last five years, Cerrado saw 76% of the advance of the agricultural frontier over its native vegetation. This move reportedly pollutes the soil and rivers and destroys the crops of local communities, forcing them to migrate. In addition to devastating impacts on the environment, the report says precarious working conditions on soy farms are often analogous to slavery, generating poverty and hunger.