Two Lebanese Extradited from Georgia to the US for Money Laundering 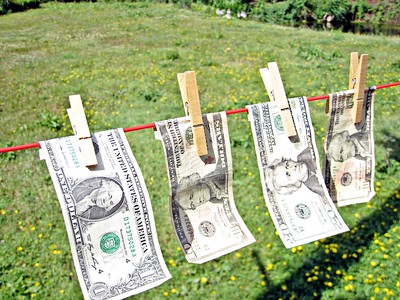 Two Lebanese nationals laundered millions of US dollars for criminals worldwide. (Photo: Images Money, Flickr, License)Arrested in Georgia in September of last year, Mohamad Yassine, 51, and Hassan Rahman, 38, allegedly operated in Lebanon between 2017 and 2018; collecting, laundering, and repatriating illicit funds — including drug proceeds — across the world.

“The defendants operated a sophisticated money laundering conspiracy that used the international banking system to move bulk cash by sending wire transfers for criminals throughout the world,” United States Attorney Breon Peace, said in the DOJ statement announcing the extraditions.

Yassine allegedly ran the operation while Rahman would report to him alongside a number of workers who would collect and deliver the cash that would eventually be laundered abroad via wire transfers.

“The defendants in this investigation have helped to fuel the misery felt by so many affected by illegal drug use. The men and women of DEA will continue to work with our international partners to ensure these criminals are brought to justice,” DEA Special Agent Susan A. Gibson said.

Yassine and Rahman allegedly benefitted by commissioning high percentages - sometimes up to 17% - of the amount laundered.

If found guilty, the pair could face up to 40 years in prison.