Report: Massive Destruction of Tropical and Boreal Forests in 2021

Tropical rainforests – which are vitally important for carbon storage and biodiversity – are disappearing at a rate of roughly 10 soccer fields a minute, a Global Forest Watch (GFW) report warned. 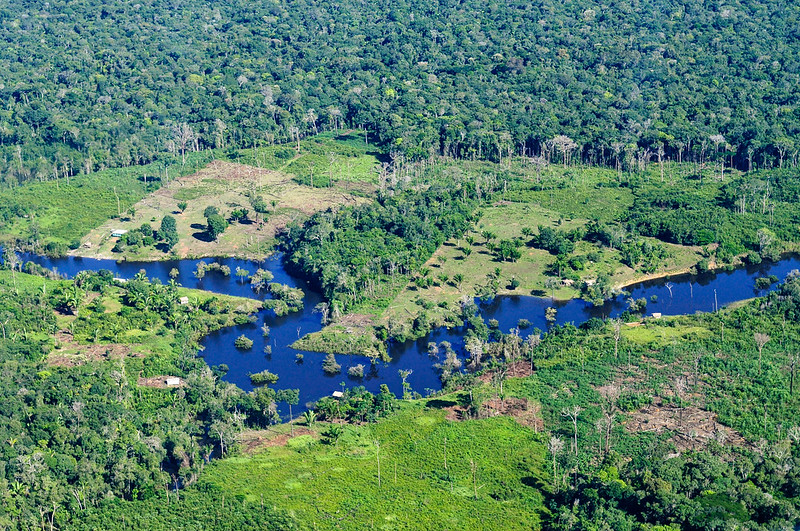 Increasing deforestation is destroying tropical rainforests. Amazon rainforest has also been targeted. (Photo: Neil Palmer/CIAT, CIFOR, Flickr, License)The GFW found that the destruction intensified from 2016 to 2018, and that in 2021 alone, deforestation resulted in carbon dioxide emissions equivalent to the annual fossil fuel emissions of India.

Though an increasingly industrial world has sped up destruction, new technologies have also given watchdogs new resources to track the issue.

“There’s good news and bad news for forests,” GFW senior fellow Frances Seymour said. “Over the last 10 years, satellite imagery and other remote sensing technologies have revolutionized our ability to monitor and understand the causes of forest loss.”

“The bad news is that deforestation data spanning the last two decades reveals a persistent hemorrhaging of the world’s most valuable terrestrial ecosystems — and we’re not doing enough to stop the bleeding,” she added.

Over the last two years, forest loss rates have stabilized, dipping to 4,210,000 hectares cleared in 2020, and just under 3,750,000 hectares lost the following year. However, forests continue to be targeted by organized criminal groups engaging in illegal mining, logging, illicit crop cultivation and cattle raising.

Between 2002 and 2021, Brazil saw nearly 28 million hectares of primary forest loss — equivalent to a rate of nearly 4,000 soccer fields a day — an area bigger than New Zealand.

In South America, the areas most consistently affected by tropical deforestation are located in the western Brazilian Amazon and Bolivia’s Santa Cruz province. Together, the countries accounted for nearly 50% of the total tropical forest loss. Non-fire caused losses in Brazilian territory increased more than 25% from 2020 to 2021, while Bolivia saw an increase of about 30%.

According to the report, soaring deforestation in Bolivia has been at least partly caused by large-scale agriculture like soy and cattle ranching, which has accounted for much of the non-fire primary forest loss.

In Brazil, extensive clearings along existing roads next to the forests, — likely for cattle pastures — has been a major driver, the report said.

Outside of South America, GFW did have some good news to report. Indonesia, where in 2016, forest loss accounted for nearly one million hectares, lost only 200,000 in 2021, an 80% decrease.

But it’s not just tropical forests that are at threat. Boreal forests — mainly those in Russia — experienced unprecedented tree cover loss last year, largely driven by fires. It was the worst fire season since record-keeping began in 2001, with more than 6.5 million hectares of tree cover loss.

Boreal “forests are increasingly under threat from climate change, with hotter, drier conditions leading to increased fires and insect damage,” the report said.

It’s not just acts of nature driving the decline of the world’s forests, land grabbing linked to commercial agriculture and other activities causes structural destruction that only makes them more vulnerable to changes in the climate and ecosystem.