Four members and two associates of New York’s Genovese crime family were charged with multiple counts of racketeering in a superseding indictment unveiled by a federal court in New York, a U.S. Department of Justice statement said on Tuesday. 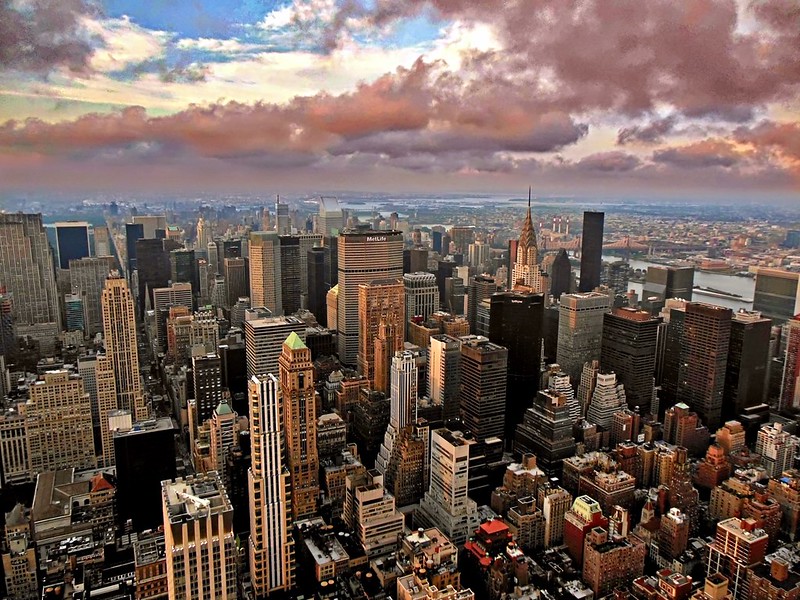 A New York Federal Court unveiled indictment against members and associates of the city's Genovese mafia families. (Photo: Andreas Komodromos, Flickr, License)The Genovese are one of the so-called ‘five families’ of La Cosa Nostra (LCN) – the Sicilian American Mafia – in New York, which have dominated the city's underworld since the age of immigration in the early 20th century.

The family was established in the 1930’s by Charles “Lucky” Luciano, the godfather of the American mob who rose to prominence during the prohibition era and established ‘The Commission,’ the loose ruling body which delineated territory and created the current hierarchy of the Italian-American Mob.

“For years, members of the Genovese crime family have terrorized New York communities with violence and illegal businesses,” said New York State Attorney General Letitia James. “These individuals allegedly made their money through illegal gambling and loan sharking — saddling victims with incredible debt that they cannot repay,” she added.

The Indictment charged two alleged Genovese captains, also known as ‘Caporegimes’ or ‘Capos’, Nicholas Calisi and Ralph Balsamo, along with two of the family’s soldiers, Michael Messina and John Campanella, and two associates, Michael and Thomas Poli, with a racketeering conspiracy involving gambling and extortion.

Crime families operate through groups of individuals known as “crews.” Each ‘crew’ has as its leader a person known as a ‘Captain’ and consists of ‘made’ members, known as “Soldiers,’ the DOJ explained. “Soldiers are aided in their criminal endeavors by other trusted individuals, known as “associates,” who sometimes are referred to as “connected” or identified as “with” a Soldier or other member of the Family,” the statement said.

On the other hand, Captains, like Calisi and Balsamo, are the middle managers of the mob.

“A Captain is responsible for supervising the criminal activities of his crew, resolving disputes between and among members of the Family, resolving disputes between members of the Family and members of other Families and other criminal organizations, and providing Soldiers and associates with support and protection,” said the DOJ. “In return, the Captain typically receives a share of the illegal earnings of each of his crew’s Soldiers and associates.”

While many think of groups like the Genovese family or La Cosa Nostra as a whole to be largely things of the past in the United States, the DOJ, stressed that that was far from reality.

“Organized crime, and the illegal conduct that flows from its activities, remain a problem in Brooklyn and beyond,” said Brooklyn District Attorney Eric Gonzalez.

“From extortion to illegal gambling, the Mafia continues to find ways to prey on others to fill its coffers. Our office and our law enforcement partners remain committed to putting organized crime out of business,” U.S. Attorney Damian Williams added.