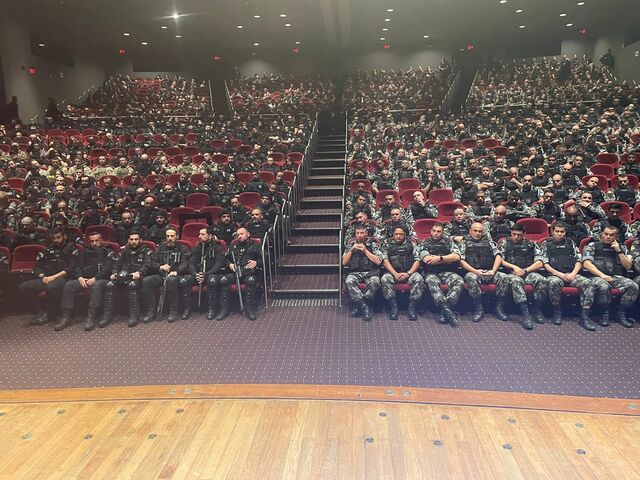 Brazilian law enforcement forces prepare for Kraken operation. (Photo: Polícia Civil do RS, Twitter, License)More than 1,300 law enforcement officers targeted members of the Os Manos, which had plagued streets in the southern Brazilian state of Rio Grande do Sul. Investigation focused on more than 200 suspects, the Secretariat of Public Security said in a statement.

“The idea is not only to arrest low-level gang members, but members of all its levels, the leaders,” Brazilian Civil Police Chief Gabriel Borges told local media.

Locations in some 40 cities were raided. Officers seized one airplane, 40 luxury cars—including Maseratis, Audis, Cadillacs, and Porsches—as well as assets worth about US$10 million.

During the raids, a soft teddy bear was spotted in the bedroom of one of the gang leaders. It was stuffed with nearly $10,000. The money was supposed to be used by his wife in case of an emergency. She was arrested.

Os Manos has been a target of any Rio Grande do Sul administration since the state recognized it as the most prominent faction that is spread across the prison system with ties to other Latin American countries.

Local media revealed numerous wiretaps in which several accused talked about their illicit activities, such as robbing vehicles, trading vehicles for arms, and trafficking in drugs.

In one wiretap, an alleged gang member arranged to rob luxury cars.

In another case, a leader refers to arms trafficking on a wiretapped telephone line. “I deliver the cars to him there [a neighboring country], he hands me the weapons here.” The weapons were used to commit new robberies as well as to rent to other criminals.

What’s more, a gang member arranged to bring drugs from Bolivia and Paraguay after fixing an airplane. “Now we’re going to fill our pockets. Imagine that you look for 50 kilos per Sunday. The whole week fills our pockets. Zero risk.”