Authorities across Europe took down last week one of the continent’s most active drug trafficking networks in a joint operation that culminated in the arrest of 39 individuals linked to the importation of over 57 tonnes of cocaine since last year. 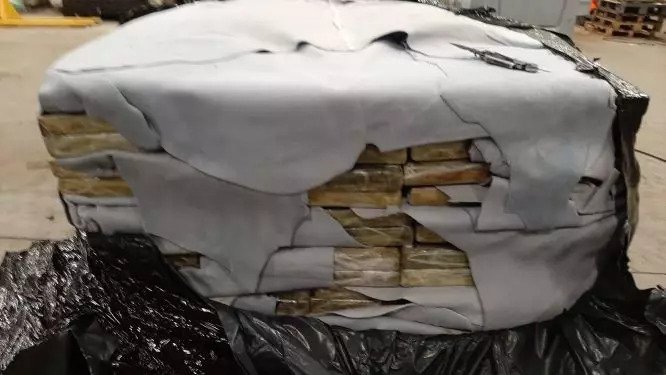 Authorities across Europe took down one of the continent’s most active drug trafficking networks. (Photo: EUROPOL, License)Over the past year, investigators from Spain, Germany, Belgium and the Netherlands, with help from Paraguay and Europol, worked together to identify a network of high value targets responsible for trafficking multi-tonne cocaine shipments into Europe.

Spanish police report that the group was ultimately responsible for importing 23.5 tonnes of cocaine into the country from Paraguay alone.

The operation began in February 2021, when port authorities in Hamburg and Antwerp uncovered over 34 tonnes of cocaine in three separate shipments, which were eventually linked to the same criminal organization, according to a Europol press release.

As the investigation grew in scope, it was discovered that its targets were capable of smuggling several multi-tonne shipments from Latin America into Europe in as little as a few months.

Criminal cells in Bolivia and Paraguay were discovered to be behind the production of the illegal drugs, while logistical support was being handled through cells in Brazil, Paraguay, and Uruguay.

An analysis of available intelligence revealed that the criminal network used encrypted communication platforms in order to hide their identities and connections to one another from law enforcement.

The traffickers were even sophisticated enough to change up their operations once they realized that multiple loads were being seized. For example, they began to clone and duplicate shipping container tags in an effort to throw port authorities off their trail, Spanish police reported.

Investigators, however, eventually managed to crack the encryptions, from which they discovered hundreds of millions of messages exchanged between the conspirators that detailed multiple large-scale criminal operations.

Intelligence developed from this information soon identified what police believed to be the network’s central players. One of them was a Spanish citizen who had previously served ten years for attempted murder and was a person of interest in other drug trafficking and money laundering cases.

Close surveillance of the suspect soon revealed that the transnational organization was attempting to branch out into Spain so as to open up another entry point for their cocaine pipeline into Europe.

Over the next few weeks, additional persons of interest in the drug trafficking world were discovered to be in Spain, including two Germans, as well as other Albanian, Colombian, and Spanish nationals.

Authorities reported that the leader’s activities indicated he was close to achieving his criminal objectives for the Spanish peninsula by the time the arrests were made.

For instance, investigators identified an industrial warehouse that had been acquired by the traffickers for the express purpose of storing their cocaine imports.

The building also served as a meeting place, information which aided police as it proved the conspirators’ association with each other.

Prolonged surveillance revealed the extent of the traffickers’ logistics, including how they planned to transport the drugs from the ports to the warehouse, as well as the security measures they had in place to avoid detection.

With the key players identified and the criminal network’s operations mapped out, police across Europe moved in and arrested 39 suspects.

Spanish police also reported that they seized more than half a tonne of cocaine from the port of Barcelona, while Europol reported that a combined 5.5 million euro (US$5.89 million) in assets were frozen on the day of action.

The investigation is still ongoing, with authorities reporting that the network’s central command is based in Dubai.