Report: Western Balkans’ Criminals are Finding a Safe Haven in the UAE

Organized criminals in the western Balkans and particularly Albania are increasingly using the United Arab Emirates as a safe haven to hide both themselves and their money from law enforcement, the Global Initiative Against Transnational Organized Crime (GI-TOC) found in a new analysis. 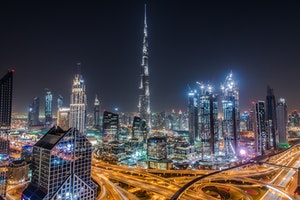 The Albanian organized crime figures are prominent, they are not the only ones who have found sanctuary in the Gulf state. (Photo: Ivan Siarbolin, Pexels, License)“Their ability to stay in the country seems to be facilitated by buying real estate and investing in the local economy,” GI-TOC said. “The country has also proved attractive to the underworld because, until recently, it has been very difficult to extradite wanted criminals from this Gulf state.”

They feel so safe that they often invite friends and family to join them there as they flaunt their ill-gotten wealth unharassed.

The Albanian organized crime figures are prominent, but they are not the only ones who have found sanctuary in the Gulf state. Major figures from Bosnia and Herzegovina, such as  Edin Gačanin, the leader of the Tito and Dino Cartel, has been sighted in the country. Gačanin has been called a “European Escobar” for his role in shepherding cocaine across the Balkan route and into the lucrative markets of western Europe.

“The decision of Balkan crime bosses to relocate to the UAE is part of a wider trend,” GI-TOC said. “Moving to distant markets to launder proceeds of crime shows the increased sophistication of Balkan criminals and is an indicator of how flexible and business-oriented these organizations have become.”

“Law enforcement agencies should cooperate with the UAE to address this problem, incorporating a holistic and long-term approach. In addition, more needs to be done to address the dangers of integrating proceeds of crime laundered overseas back into the fragile political economy of the Western Balkans,” GI-TOC suggested.