US Indicts Russian Lawmaker and His Two Staffers

The U.S. Department of Justice has charged a Putin-aligned Russian lawmaker and two of his staffers for operating an international foreign influence and disinformation campaign to advance the interests of Russia. 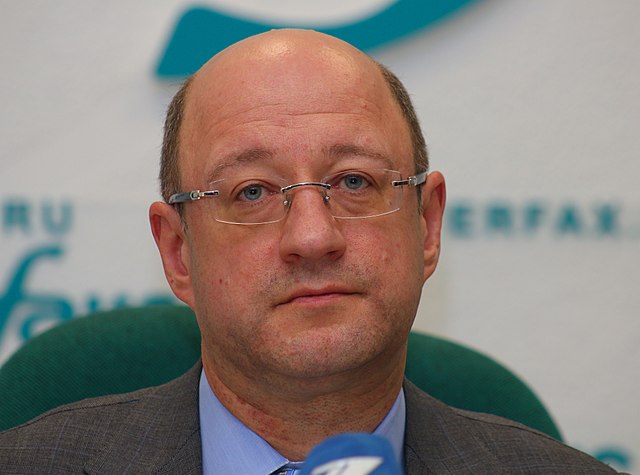 A press release from the Attorney General’s Office said that all three - the deputy chairman of the Russian Duma, Aleksandr Mikhaylovich Babakov, his chief of his staff, Aleksandr Nikolayevich Vorobev, and staff member, Mikhail Alekseyevich Plisyuk - were under U.S. sanctions.

They were indicted for “conspiring to use an agent of Russia in the United States without prior notice to the Attorney General, conspiring to violate U.S. sanctions and conspiring to commit visa fraud.”

The suspects allegedly used a Russia-based nonprofit organization known as the Institute for International Integration Studies, “as a front for this global foreign influence campaign to advance Russia’s foreign policy objectives.”

The statement said that from January 2012 through at least June 2017, the three men contacted some U.S. Congress members, seeking meetings with them, offering them paid trips and similar benefits to influence them to support certain Russian interests.

The members of the Congress, whom Babakov contacted, rebuffed those efforts, according to the statement.

The three could each face up to 30 years in prison if convicted.

The U.S. Department of the Treasury’s Office of Foreign Assets Control (OFAC) had previously sanctioned Babakov, Vorobev and Plisyuk as Specially Designated Nationals in the context of Russia’s illegitimate actions against Ukraine in 2017.

In early 2018, their visa applications were denied, which disrupted their plans for conducting unofficial meetings with U.S. politicians and advisors.

In 2016, when Babakov was a senator in the upper house of the Russian legislature, he had allegedly helped Marine Le Pen’s party to obtain some US$10 million through the First Czech Russian Bank. This loan was allegedly negotiated with the backing of the Kremlin and Putin.

Despite the sanctions, Babakov, Vorobev and Plisyuk are believed to have “orchestrated a covert Russian propaganda campaign in the United States in order to advance Russia’s malevolent political designs against Ukraine and other countries, including the United States,” U.S. Attorney Damian Williams said.

“The Department [of Justice] will not hesitate to prosecute those who seek to covertly influence the American political process and evade U.S. sanctions,” the Assistant Attorney General Matthew G. Olsen said.