Human Smugglers, Forgers Use War in Ukraine to Profit

The Russian invasion of Ukraine has created a fertile ground for various crimes, including human smuggling and forging documents that allow men of military age to cross the border and evade mobilization, Slidstvo.info reported. 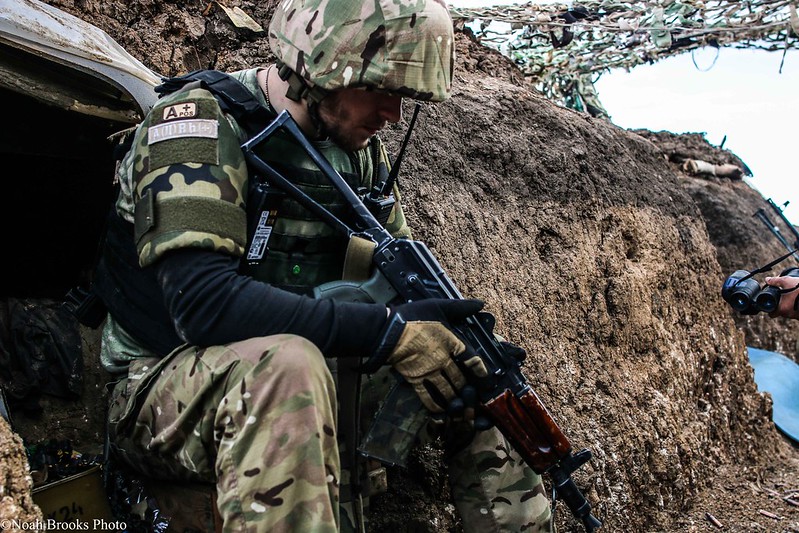 The decree prohibits men aged 18 to 60 and physically fit for the army to leave the country. However, local law enforcement stopped more than 2,000 men trying to cross the border and escape the war. According to Ukrainian law, deserters face a sentence that ranges from five to 10 years in jail.

OCCRP’s Ukrainian partner Slidstvo.info reported last week that human smugglers have realized they can profit from assisting deserters in crossing the border illegally.

Pretending to be a man of military age wishing to leave Ukraine, Slidstvo reporters contacted such a smuggler who had advertised his services on the facade of a building in the center of the southwestern city of Chernivtsi, near the Romanian border.

In a conspirative-tone conversation, the organizer explained that part of evacuation includes a 500-600 meters-long run through a field and across the border.

The whole operation would cost US$3.000 per person, he said. The man also said the payment should be done on the other side, in Romania to “our boys there,” as he would not join them across the border.

In a second phone discussion, the smuggler said that Romanian police also detain men escaping Ukraine, but that they always release them later. Only five people can cross the border at a time, he said.

Martial law and general mobilization do not apply to all men in Ukraine. Men physically or medically unfit to serve the army can be excused as well as those with three or more children younger than 18, fathers of disabled children, adoptive parents, guardians, foster parents or men caring of close relatives or of those whose family members were killed or went missing.

The smugglers forge documents confirming any of those reasons for exemption and offer them for sale even online.

The spokesman for the State Border Guard Service of Ukraine, Andriy Demchenko, told Slidstvo that so far some 300 Ukrainian men used fake documents to leave the war-ravaged country.

Slidstvo also described various, even some ingenious methods of illegal evacuation that cost 500 euro ($542) or more.

In one case, border officers reportedly detained two men, a father and a son, who were pretending to have many children and presented forged birth certificates of the kids.

In a more desperate attempt, a 32-year-old man from Kyiv wore women’s clothing, make-up and a wig and used his wife’s passport to try to leave the country.

Nearly five million Ukrainians have left their country since the start of the Russian aggression in February, according to the UNHCR, the U.N.’s refugee agency.