Labor abuse is rampant in both legal and illegal fisheries, researchers found when they looked at conditions at some 792 ports in a new study published in the academic journal, Nature Communications. 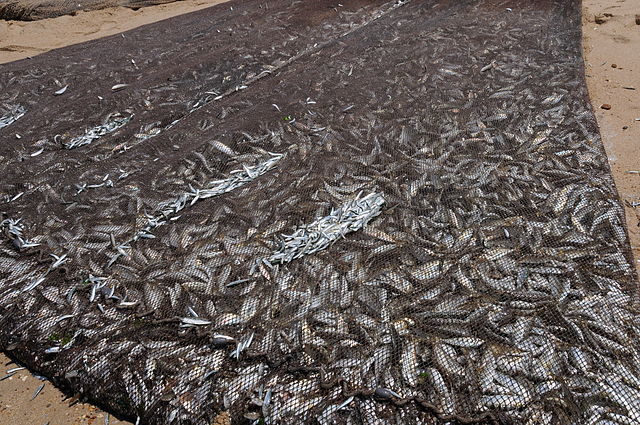 Illegal fishing is a massive global industry, accounting for as much as 20% of the world's seafood, and the world has long been associated with a variety of criminality that extends far inland from the sea. (Photo: Joseolgon, Wikimedia, License)At nearly half of all the ports they examined did they find evidence of illegal fishing and at more than 41% of them was there evidence of labor abuse including everything from forced labor to unsafe conditions.

“Labor abuse and illegal, unreported, and unregulated (IUU) fishing are undermining the social and environmental sustainability of fisheries, with wide-ranging impacts including the loss of individual human rights and nutritional and economic benefits to fishing communities and governments,” the study said.

Illegal fishing is a massive global industry, accounting for as much as 20% of the world's seafood, and the world has long been associated with a variety of criminality that extends far inland from the sea.

“Money laundering, labor exploitation, corruption and forgery are a small sample of serious crimes commonly committed during IUU fishing today,” Interpol said in a report on the extent of the criminal industry in 2020.

To actualize that profit beyond the ports, spawned large criminal networks operate to launder illicit gains and traffic the catch to buyers and markets.

IUU fishing has long reaching ecological effects as well and unsustainable overfishing can significantly endanger essential food supplies for coastal nations that have long relied on the bounties of the sea.

To truly address the Issue, the new study said, governments need to make sure that they aren’t just causing the crimes to move elsewhere.

“Remedies need to focus on addressing risk, rather than moving operations elsewhere, which would only displace risk and may be operationally difficult due to fuel efficiency and logistics,” it said.