The insatiable thirst for gold among consumers, investors and tech companies is pushing criminal networks to exploit the hidden gold in the undergrounds of the Brazilian Amazon rainforest. 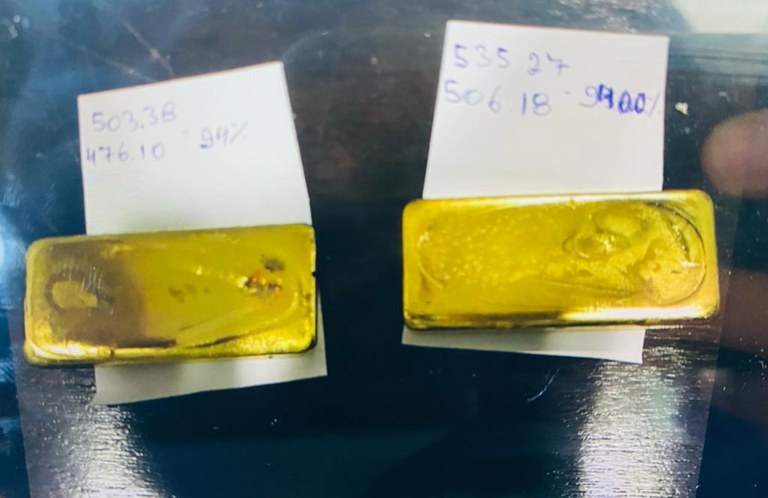 Brazilian authorities believe that 30 tonnes of gold have been extracted illegally every year from the Brazilian Amazon. (Photo: Polícia Federal Brasil, License)Two recent Brazilian police operations raided locations in nine cities to track down criminal gangs behind a bunch of killings and the illegal destruction of the Amazon rainforest.

One of the operations named Ricezione targeted a group that had exported illegally mined gold to an Italian jewelry company. Brazilian police told OCCRP they could not give the name of the company because the investigation is still ongoing.

During the operation, authorities seized the equivalent of some US$31 million as well as an airplane that was spotted last year in São Paulo carrying more than 50 kilograms of gold, which could be easily sold for more than $3 million.

Authorities believe that 30 tonnes of gold have been extracted illegally every year from the Brazilian Amazon. This “dirty gold” has allegedly entered the supply chain through gold laundering, which is the mixing of legal and illegal gold, ensuring that trafficked gold will find its way to the market.

The other sting, called Operation Mercury, concluded a four-year investigation into a family-network that moved gold extracted illegally from the Amazonian state of Pará to some jewelry stores in São Paulo state.

Brazilian police said that the perpetrators extracted gold on farms and sent it to Araguaína city in Tocantins state, where the precious metal was stored and later shipped to jewelry stores in São José do Rio Preto city, São Paulo state.

The alleged leader had been making at least $65,000 a month. The gold-family reinvested part of the money in the illicit activities with the purchase of farmlands in the Amazonian states of Tocantins and Pará. Some of the profit was spent on purchasing cattle.

Brazilian police chief Allan Reis said he believes cattle buying was one of the ways in which the family laundered millions. Now, the leader of the family could face a sentence up to 24 years in prison.

It is believed that the lack of a mechanism that traces the gold supply chain enables thousands of wedding rings on the fingers of newlyweds around the world as well as gold bars stored in bank vaults to come from illegal mining operations.

Illegal gold mining is estimated to bring in more than a billion dollars a year, but gold barons are the ones who stand to benefit the most from this infamous criminal economy, getting a big part of the cake. Middlemen take another piece, while just a small amount goes to those who really do the hard work in the mines.

Illegal mining or even illegal logging reportedly generates low income for the local population. It is well documented that the cities where these illicit activities take place have low human development, and high levels of corruption and violence.

However, deforestation related to illegal mining increased more than 90 percent in recent years. While gold trafficking is less widespread than logging, it can leave permanent marks. This is because mercury is widely used by miners as a quick way to separate gold from other metals and sediment.

Amazon Watch director Moira Birss says she believes that as long as massive corporations, like the big tech companies that use pure gold to produce their smartphones, turn a blind eye to the mixing of illegally obtained gold with legally obtained gold, this reality is unlikely to change.