Spain’s Civil Guard arrested Wednesday three individuals accused of fraudulently selling high-quality sofas that in fact did not exist. Authorities report that the group has defrauded at least 175 people for over half a million euros. 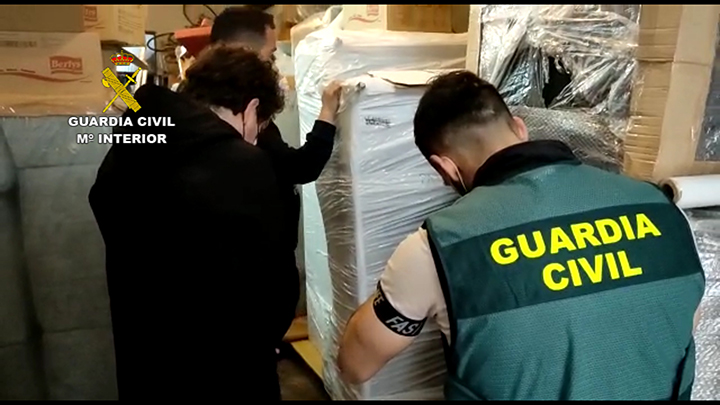 The alleged scammers interwove several layers of deceit into their ploy in order to gain their prospective clients’ trust.

Firstly, they marketed themselves as a national brand that had strong connections with well-known suppliers.

To lure their victims into a false sense of security, the group listed their non-existent sofas at competitive prices, while also promising their customers a 100-day trial period and a five-year warranty on their purchases.

As the cherry on top, they guaranteed speedy assembly and delivery, with the option for even shorter wait times by offering tiered shipping services for an additional fee.

Police opened an investigation into the so-called sofa company late last year after a victim reported that he had paid 2,100 euro (US$2,283) for a sofa but that it never arrived even well after the agreed delivery period had passed.

The alleged fraudsters made all kinds of excuses to justify the delay, in order to draw attention away from the fact that they had no intention of even manufacturing the sofa in the first place, according to police.

Although many clients eventually demanded their money back, by that point their euros were long gone. The Civil Guard stated that the group managed to defraud over 175 victims for a total of 543,095 euro ($590,545).

More victims are expected to be identified as the case progresses.

As part of the investigation, police located the company’s supposed headquarters in Valencia, which turned out to be an abandoned building. Not even an ottoman was found inside.

Of the three arrested, one was a 44-year-old man listed as the company’s administrator in charge of relations with suppliers. Another was the man’s mother, a 62-year-old woman who acted as the group’s accountant.

The third suspect, a 45-year-old woman, managed the sofas’ financing contracts for their “clients”.

Police report that the group laundered their hundreds of thousands of ill-gotten gains through investments in foreign countries. They face charges of fraud, concealment of assets, and money laundering.