The former CEO of an American drug manufacturing company appeared in court Monday on charges that he knowingly distributed medications contaminated by a bacteria dangerous to those with weakened immune systems, resulting in numerous hospitalizations and infant mortalities. 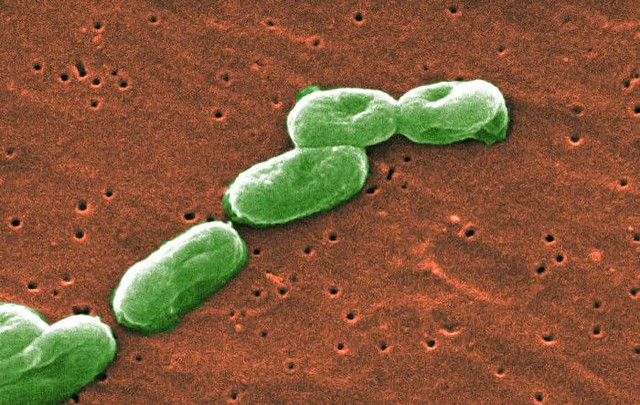 In July 2016, the Food and Drug Administration (FDA) inspected Pharmatech’s site and found that its water systems were compromised by a local B. cepacia outbreak. (Photo: Janice Haney Carr/CDC, Flickr, License)Raidel Figueroa, the former CEO of Pharmatech, is alleged to have allowed the production and distribution of Diocto Liquid, a drug used to treat constipation, despite knowing that the company’s water filtration systems were contaminated with Burkholderia cepacia, a pathogen that can cause severe respiratory infections for those with weakened immune systems.

In July 2016, the Food and Drug Administration (FDA) inspected Pharmatech’s site and found that its water systems were compromised by a local B. cepacia outbreak.

The FDA is a U.S. federal agency mandated with protecting public health through the control and supervision of food hygiene, prescription and over-the-counter drugs, as well as other medical products.

Reportedly, Figueroa assured the FDA that Pharmatech had implemented plans to re-engineer its water purification systems in order to prevent future contaminations, according to the U.S. Department of Justice (DOJ).

In a follow-up inspection by the FDA eight months later, the agency requested that Figueroa disclose all products that Pharmatech had manufactured, now known to be contaminated by the B. cepacia pathogen.

Allegedly, Figueroa lied to FDA investigators by knowingly excluding Diocto Liquid from the list. This is despite the fact that Pharmatech shipped more than 7,000 units of the drug earlier that month in March 2017.

Investigators also claim that he falsely informed the FDA that Pharmatech’s new water purification systems had now met “acceptance criteria,” when in fact they were still susceptible to future contamination.

Four months later, in July 2017, the Centers for Disease Control and Prevention (CDC) notified the FDA that hospitals across California and Maryland had reported outbreaks of B. cepacia-related infections in pediatric patients.

Investigators collected bottles of Diocto Liquid from the hospitals and discovered that several were host to aerobic microbial counts and yeast and mold counts that exceeded public health limits.

Some bottles also tested positive for B. cepacia.

Authorities claim that the tainted drugs were the ones produced and distributed by Pharmatech in March 2017, according to the DOJ.

Pharmatech is also the defendant in several wrongful death lawsuits brought about by infants who died as a result of being prescribed contaminated Diocto Liquid.

Amongst them was an eight-month-old girl who died in Dec. 2016 after being given the stool softener following surgery to correct her heart defects.

Another was a 15-month-old boy who died less than a month after undergoing surgery, despite his doctors’ prognosis that he would make a full recovery.