Ecuadorian Official Appears in US Court Over Laundering Odebrecht Bribe

Ecuador's former Comptroller General found himself in a Miami court on Tuesday over his role in a bribery and money laundering scheme associated with Odebrecht S.A., the Brazilian conglomerate whose massive bribery scandal has rocked Latin America. 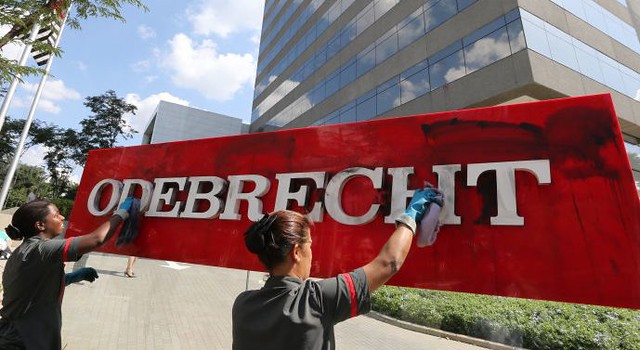 Odebrecht has already paid hundreds of millions of dollars in fines for its large-scale bribery operation that touched almost all of Latin America.

The construction company’s operation was so extensive that it had a whole department, the Department of Structured Operations, devoted to distributing more than US$800 million worth of bribes.

According to the DOJ, Polit Faggioni, used a Florida based company to launder the Odebrecht bribes.

“From in or around 2010 and continuing until at least 2017, at the direction of Polit, another member of the conspiracy caused proceeds of Polit’s bribery scheme to “disappear” by using Florida companies registered in the names of certain associates, often without the associates’ knowledge,” the DOJ said. “The conspirators also used funds from Polit’s bribery scheme to purchase and renovate real estate in South Florida and elsewhere and to purchase restaurants, a dry cleaner and other businesses.”

If convicted, Polit Faggioni could face decades in a U.S. prison for violating the Foreign Corrupt Practices Act.