U.S. Sanctions More Russians In Order to Disrupt the Invasion of Ukraine

The United States dished out another wave of sanctions against Russians deemed to be facilitators of the regime in Moscow, in an effort to disrupt Russia’s ongoing military campaign against Ukraine, the U.S. Department of the Treasury reported on Friday. 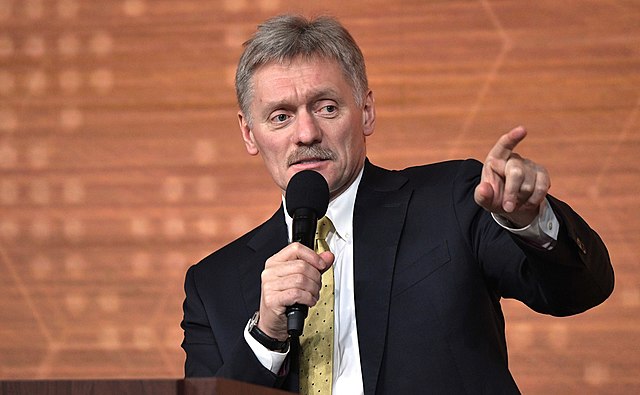 In one of his many statements that defy territorial sovereignty, Peskov has argued that Ukraine’s effort to reclaim Crimea is in fact an act of aggression against Russia.

He has also said that Russia’s military had no active presence in the war in Donbas, much like Putin’s initial reports concerning the “Little Green Men” — masked Russian special operation soldiers bearing no insignias on their uniforms — who carried out Russia’s illegal annexation of the Crimean peninsula in 2014.

Peskov has been similarly sanctioned by the EU for his public advocacy of the invasion.

Another member of Russia’s elite to be sanctioned is billionaire Viktor Feliksovich Vekselberg, who has extensive holdings in multiple sectors of the country’s economy.

Vekselberg has developed strong ties with many Kremlin officials, including Putin and former Russian President Medvedev.

Reportedly, Medvedev personally appointed Vekselberg to spearhead the Skolkovo Foundation, a Russian government initiative envisioned to elevate the country into a global leader for technological developments, according to the Treasury.

Since his appointment, he has also taken part in several diplomatic and soft power ventures on behalf of the Kremlin.

Two of Vekselberg’s assets: a private aircraft registered in Aruba and his luxury yacht in the Cook Islands named Tango, each valued at US$90 million, have been flagged as a result of the sanctions against him.

Additionally, ten members of VTB Bank — Russia’s second-largest financial institution — as well as 12 members of the Russian State Duma, have been sanctioned for their collective role in facilitating the country’s invasion efforts against Ukraine.

Putin responded by accusing the Ukrainian government of genocide against Russian nationals within the two provinces and — days before launching his full-scale invasion — deployed several military divisions into the DNR and LNR regions.

U.S. Secretary of the Treasury Janet L. Yellen noted that the department’s actions will further isolate “the severely damaged Russian economy by prohibiting trade in products that are key to the economic and financial interests of all Russian elites.”

She also stated that the U.S. will continue “to hold Russian officials to account for enabling Putin’s unjustified and unprovoked war.”