The infamous Pegasus software that was meant to spy on criminals and terrorist was used by police to snoop on Israeli human rights activists, journalists, mayors, and senior ministry officials, according to recent reports that have provoked outrage across the country. 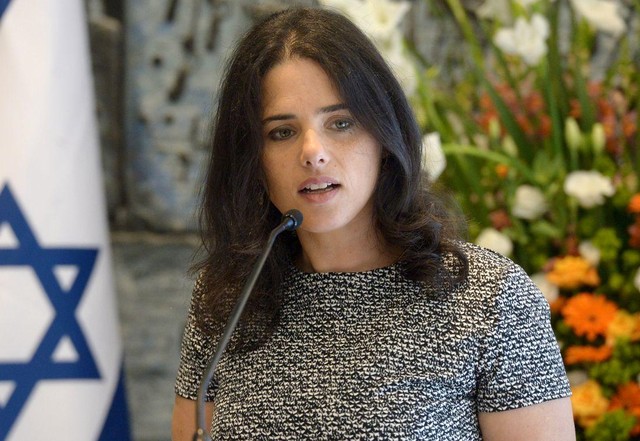 “Mass intrusion into the privacy of many people is lawlessness that must be stopped today,” she urged.

The software was produced by the Israeli surveillance firm NSO Group, which sold it to their clients worldwide. A scandal erupted last year when reporters revealed in an investigation that became known as the Pegasus Project that the spyware was used by various regimes to spy on human rights activists and journalists.

Shaked called for the establishment of a foreign commission to investigate accusations that Israeli police have used the spyware against their own government officials, journalists, and activists.

In a nutshell, Pegasus is designed to intercept and extract information from mobile devices in order to access the user’s private information, calls, messages, and location without their knowledge.

NSO Group is also able to supply its customers with “zero-click” exploits that can be used by hackers to install Pegasus onto the victim’s device without any action or input on their part.

Israeli police have since admitted to abusing spyware, and that the abuse took place under the watch of former police commissioner Roni Alsheichin.

The country’s State Comptroller, Matanyahu Engelman, also announced on Tuesday that the investigation will include the police as well as the prosecutor’s office, according to Calcalist, an Israeli business newspaper.

NSO Group has stated in the past how selective it is in choosing its clientele, claiming that it leases its spyware technology “solely to law enforcement and intelligence agencies of vetted governments for the sole purpose of saving lives through preventing crime and terror acts.”

However, this latest development in the Pegasus saga is but one of many that has seen law enforcement overstep its authority and investigate its own citizens without a warrant.

From Kazakhstani human rights activists to Mexican journalists, people all over the world have seen their privacy stripped away by the spyware.

Public outcry, however, is not the only thing that NSO Group has had to contend with in response to the controversy.

In November of last year, Apple filed a lawsuit against NSO in an effort to ban the Israeli surveillance firm from any further intrusions into its products and services.

“Notorious hackers” and “amoral 21st century mercenaries” is how Apple referred to them in court documents.

And only weeks prior, NSO was denied “foreign sovereign immunity” by a U.S. appeals court in the face of a lawsuit brought against them by WhatsApp for allegedly using its servers to infect 1,400 of its users.

The Israeli surveillance firm has since been blacklisted by the United States, with the Department of Commerce deeming the group’s activities a threat to U.S. national security and foreign policy interests.

And yesterday, the European Parliament announced its intention to form its own inquiry committee into the Pegasus spyware scandal, according to a Twitter post by Forbidden Stories.

Speaking out against implications that the Israeli people’s privacy is beneath the protection of the law, Interior Minister Shaked said that “the entire public deserves answers, today.”