High demand for West Africa’s rosewood timber, specifically from Chinese markets, has spawned corruption across the region’s forestry sectors, siphoned millions out of its economies, and accelerated the effects of deforestation and forest degradation. 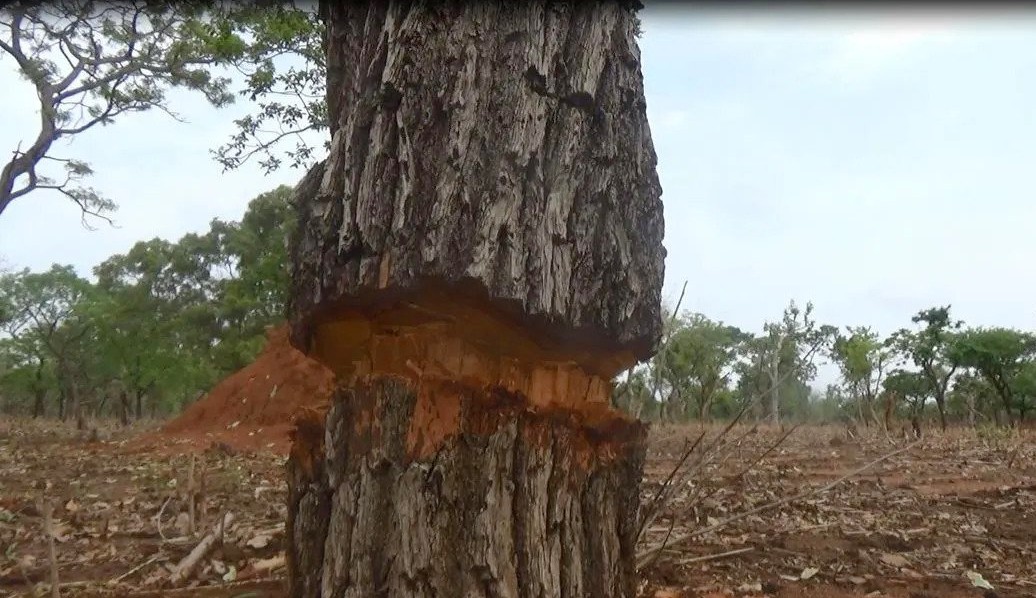 Rosewood, which comes from an endangered species of trees known as Kosso, is a rare raw material coveted for its fodder, medicinal uses, and luxury upholstery. (Photo: Christian Locka, Africa Uncensored)Despite it becoming more and more difficult to legally harvest the timber, traffickers are keen to keep up with international demand and have resorted to smuggling it out of Cameroon into Nigeria, bribing forest guards and border authorities in the process before exporting it, Africa Uncensored reported.

Rosewood, which comes from an endangered species of trees known as Kosso, is a rare raw material coveted for its fodder, medicinal uses, and luxury upholstery. These trees can only be found in nature within West Africa’s Sahelian region, a belt of land that spans 5,400 kilometres from the Atlantic Ocean to the Red Sea.

While the bark of Kosso holds medicinal properties, the tree’s real value lies in its wood, which is adored by many when crafted into luxury upholsteries, specifically across several Chinese markets.

More than 1.4 million Kosso logs travelled through Chinese ports in 2016 alone, according to an Environmental Investigation Agency (EIA) study, which researches the criminality of environmental abuses.

The market’s potential, however, is staggering.

While the value of the 1.4 million logs in raw material form was estimated to be US$300 million, China’s 2017 luxury upholstery market, as a whole, saw a turnover of $35 billion, according to Africa Uncensored.

To sustain such demand for elegant and beautiful furnishings, China relies heavily on its importation of high-quality timbers such as Kosso.

Where one country prospers, however, others falter.

Across the 2,000 kilometre long Cameroon-Nigeria border, traffickers discreetly enter Cameroonian forests and illicitly harvest logs of rosewood, which are then smuggled into Nigeria.

Reportedly, Nigerian authorities aid and abet the traffickers by providing them with documents that falsely say the timber was harvested in Nigeria.

This process allows the wood to be illegally exported to China in plain sight.

Africa Uncensored reports that this illicit enterprise is responsible for the accelerated destruction of endangered forests, loss of employment, and siphoning of government tax revenues.

Between January 2014 and June 2017, this demand was quantified as more than 40 shipping containers - each 20 ft. long - filled with rosewood logs exported from Nigeria to China on a daily basis, according to the EIA.

The Museba Project, a non profit media organization dedicated to watchdog journalism in Central Africa, learned from a rosewood trafficker that it takes little effort to appease this web of corruption.

Reportedly, all it takes is a bribe to the attending forestry and security agents in order to move the timber from Cameroon’s forests to the Nigerian port of Lagos.

For those operating on the ground, they say that the money they are paid is more than enough to offset the risk.

Africa Uncensored quoted Abdou Yadji, a 40-year-old local woodcutter, as saying that he was approached by a Nigerian businessman who offered him 5,000 naira ($12) for every two-metre piece of rosewood he could deliver.

“If I sell the timber to him, I could become rich within a short period,” Yadji told the outlet.

This open season mentality has accelerated the effects of deforestation and forest degradation throughout the Sahelian region, according to the EIA.

Countries such as Gambia, Ghana, Benin, Burkina Faso, Sierra Leone, Cameroon, and Nigeria have seen their forests shrink faster than they can be replanted due to illicit logging.

Nigeria, for instance, reported that over a twenty-year period it suffered an annual 2.38 percent loss of its forests and biomes, which in total accounted for 409,650 of its nine million hectares.