The overwhelming majority of countries which had the highest rates of criminality in 2021 are those in the midst of armed conflict, the Global Initiative Against Transnational Organized Crime found in a new study. 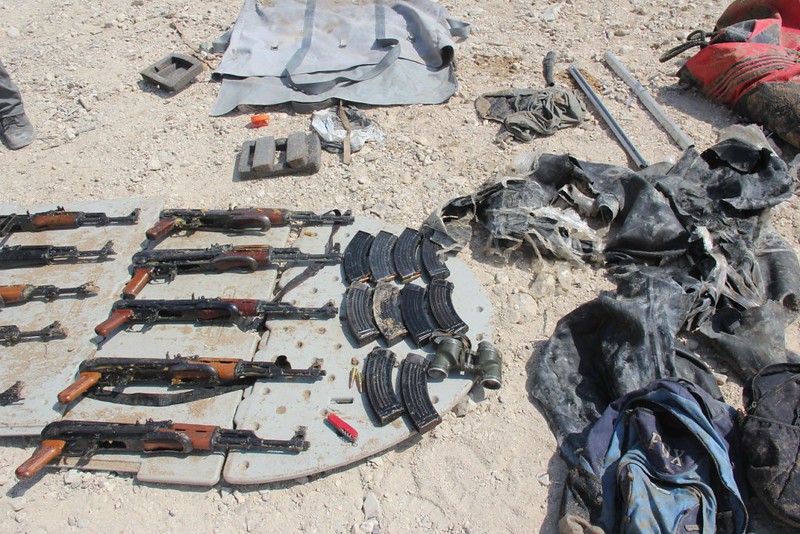 The overwhelming majority of countries which had the highest rates of criminality in 2021 are those in the midst of armed conflict. (Photo: Israel Defense Forces, Flickr, License)“From the diamond trade in Sierra Leone to the heroin trade in Afghanistan, illicit economies have been shown to fund insurgencies and political actors, and to contribute to ongoing conflict,” said GI-TOC.

However, both the types of crime and conflicts they are seeing expand far beyond contraband trafficking and insurgencies.

“The dynamics between illicit economies and conflict are dependent on the type of conflict. There is a wide spectrum of modern conflict, from cyber warfare to civil wars to local insurgencies within countries, and each has its own relationship with illicit economies and actors,” the study said.

“Sometimes the links are clear cut, as in the illicit financing of armed groups or designated terrorist groups. In other cases, the links are described as possible connections, rather than direct relationships, which muddies the understanding of conflict and crime, as well as policy choices related to them,” it explained.

Looking at conflicts in three regions, Northern Mozambique, the Sahel and Colombia, GI-TOC found several dynamics that fan the interplay between illicit economies and conflict.

Two dynamics which often interplay with each other are a deficit in development and governance, while simultaneously maintaining widespread local-global connections.

“Areas considered to have ‘low governance’ may in fact be the result of national government priorities such that governments prioritize stability in capital and major cities, but neglect rural areas or the periphery of a state,” explained the report.

Those areas then become attractive to both unscrupulous global corporations and transnational criminal groups, to use as hubs to conduct their activities unhindered by law enforcement.

Even the most politically and economically excluded regions of countries are connected to the global economy, the report said. In these places, both legal and illegal economies tend to be dominated by a combination of international interests, such as cartels or legal multinational corporations, and local elites. The local population is often left out.

“This can be seen in the legal mining industry as well as elite-run drug trafficking in northern Mozambique, or in criminal group-led cocaine production and control over illegal mining in Colombia,” it added.

The presence of such interests in the regions often makes bringing such conflicts to an end, unprofitable.

“Conflict zones provide an opportunity for market expansion and diversification as transnational actors identify easier routes through conflict areas or find a rising demand for new products,” said the report.

Arms trafficking grows as regions become flush with weapons through the looting of government stockpiles, trade in legally procured weapons for assumed loyalty, including through bilateral security assistance, and movement of weapons from one conflict zone to another as need arises, it added.

“Migrant smuggling increases through the need to move these vulnerable groups but also due to enforcement vacuums along lucrative routes, as is happening on the border between Colombia and Venezuela, and has occurred across the Sahel route,” GI-TOC explained.