U.S. and Nigeria Sign Agreement to Stem the Flow of Stolen Artifacts

The U.S. and Nigeria signed an agreement last week to stem the flow of illegally trafficked cultural material out of the West African state. 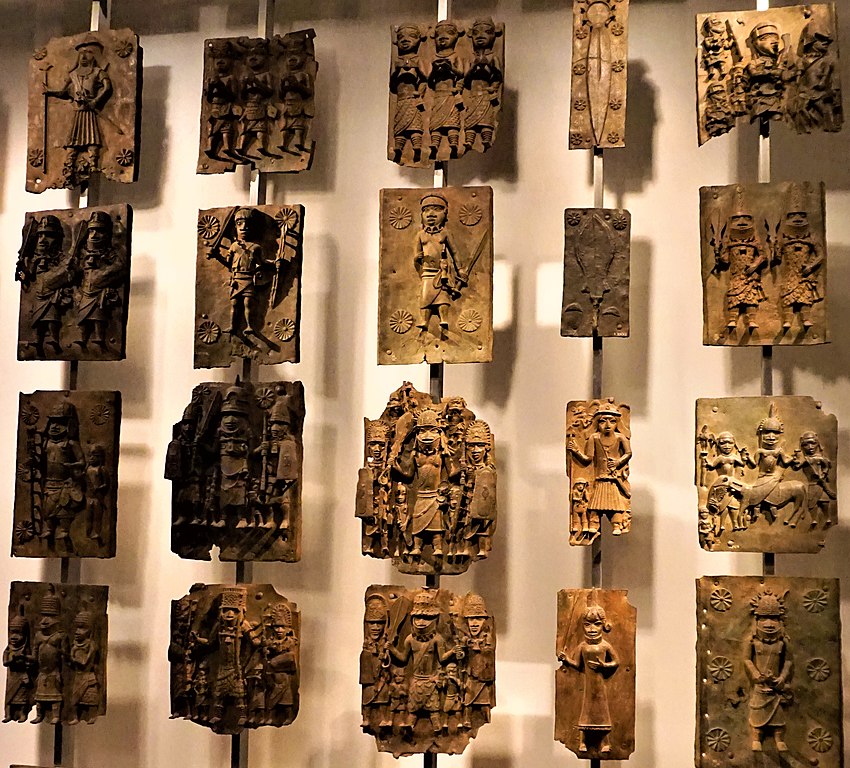 World-famous Benin bronzes were among the artifacts looted from Nigeria. (Photo: Joyofmuseums, Wikimedia, License)“This agreement solidifies our shared commitment to combat looting and trafficking of precious cultural property by enabling the United States to impose import restrictions on certain categories of Nigerian archaeological and ethnological material and establishes a process for the return of trafficked cultural objects, which will reduce the incentive to loot sites in Nigeria,” the U.S. State Department said in a statement.

The illegal antiquities trade is a multi-billion dollar global industry according to a 2018 report by Standard Charter Bank, and it’s beneficiaries are not just high society art aficionados, but often criminal and militant groups which raise cash by selling stolen artifacts.

Like material from the Middle East, Southern Europe or Latin America, West African cultural heritage is a lucrative trade for traffickers who have looted Nigeria of a wide range of artifacts created by ancient peoples. Desirable items include soapstone figurines from the Esie archaeological site; monoliths carved by the Oron people of southern Nigeria; artifacts created by the Igbo-ukwu and world-famous Benin bronzes.

Other sought-after items include ancient terracotta pieces first discovered near the village of Nok; traditional door posts made by the Awka people; intricate Ife sculptures, and other priceless pieces of heritages from the various historical groups which once inhabited the area of modern Nigeria.

“This high potential monetary gain accruable from the sale of illicit antiquities serves as one of the strong motivating factors which usually encourage criminally-minded individuals to engage in their theft and smuggling for onward sale at the international art/antiquity markets,” said a 2012 study on the state of the illegal antiquities trade in Nigeria.

During the period of Nigeria’s military dictatorship, which lasted for much of the 1980s and 1990s, some 24 Nigerian museums were ransacked and 382 artifacts looted. The trade has been bolstered by weak laws in Nigeria and abroad as well as weak security at institutions which house cultural heritage.

Cultural institutions “are usually manned by some old men who know little or nothing about the intricacies of modern day high-powered security provisions,” it lamented.

As Nigeria signed this agreement with the U.S., officials are also working to repatriate cultural heritage that had been looted by western powers in the colonial period.

Last year, Germany agreed to hand over some 1,100 Benin bronzes which had been looted during the 1897 sacking of the kingdom of Benin, which was in modern day Nigeria. For more than a century the metal plaques and sculptures had been prominently displayed in museums and private collections around Europe.

“We are optimistic that this agreement will reduce the pillage of our irreplaceable archeological and ethnological materials, as the market for these materials is being shut in the United States against illicit traffickers,” said Alhaji Lai Mohammed, Nigeria’s minister of information and culture, according to the Guardian Nigeria.