The U.S. is a Major Destination for the Global Trade in Tigers and Their Parts

Researchers at Columbia University and CUNY’s John Jay College of Criminal Justice have found that the United States is a major destination for illegally trafficked tiger parts, which are highly sought after for their use in Chinese traditional medicine, according to a new study they published this month. 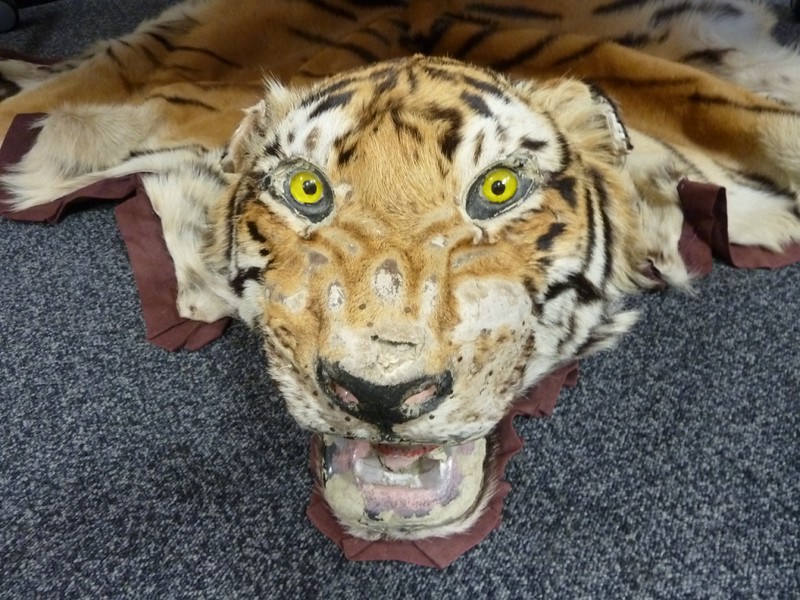 Researchers at Columbia University and CUNY’s John Jay College of Criminal Justice have found that the United States is a major destination for illegally trafficked tiger parts. (Photo: UK Home Office, Flickr, License)The document claims that from 2003 to 2012, U.S. import seizures represented almost half of global seizures of tiger parts.

“Global illegal wildlife trade is valued at up to $20 billion United States dollars annually although this value excludes ecological consequences of unregulated trade,” said the study. “Wildlife trade can be lucrative for individuals and transnational criminal organizations involved in additional illicit activities including human, gun, and drug trafficking.”

It’s also a major driver of extinction. Across the entire continent of Asia, where tigers are native, less than 5,000 of the species remain in the wild. Today they can be found in barely 5% of their historic range.

In contrast more than 12,500 of the animals are known to live in captivity, though only just over 2,500 of them are in accredited zoos.

The animals are also highly prized in illegal zoos and as personal pets, as popularized in the 2020 Netflix hit, Tiger King.

Tiger farms in Southeast Asia and China are believed to hold as many as 8,000 of the creatures to breed for their parts.

“Nearly every part of the tiger has been used in traditional Chinese medicine,” explained the report. “Bones, used in tiger bone wine and traditional medicines, and skins, used as luxury décor, are the most commonly seized tiger parts.”

Most of the animals or their trafficked parts originate in India where the animals are often poached by hunters for threatening livestock farms. From there they are trafficked to China and Southeast Asia where demand is high, and then often shipped to destinations around the world such as the U.S.

“Between 2000 and 2018 there were 1,142 seizures of tiger parts globally and almost half occurred in India, a country with more than half the world's wild tiger population,” said the report.

However, any reported number of seizures implies that the actual trade is much larger, or else it would cease to be a profitable enterprise.

In contrast to India, the U.S. saw nearly 300 seizures of illegally imported tiger parts and another nearly 300 permitted imports over an even shorter period, from 2003 to 2012.

“Most tiger parts entered the U.S. legally and illegally for personal purposes; 81.8% of seized items were medicinal products,” the study said. “San Francisco, Dallas, and Atlanta were entry hotspots for illegal tiger imports which mainly entered the United States from China and Vietnam.”

Customs officials seized more than 900, of all species of big cats during that same period. Despite the focus on source countries in Asia, the U.S. is a major driver of the illegal trade and it’s only on the rise.

“The U.S. ranks as the world's second-largest consumer of illegal wildlife products and seizures of wildlife entering the country have increased since 2003,” said the study.