Spain received financial support from Europol on Tuesday in order to augment its investigative capabilities against lucrative transnational organized criminal enterprises such as drug smuggling, human trafficking, and illicit firearms. 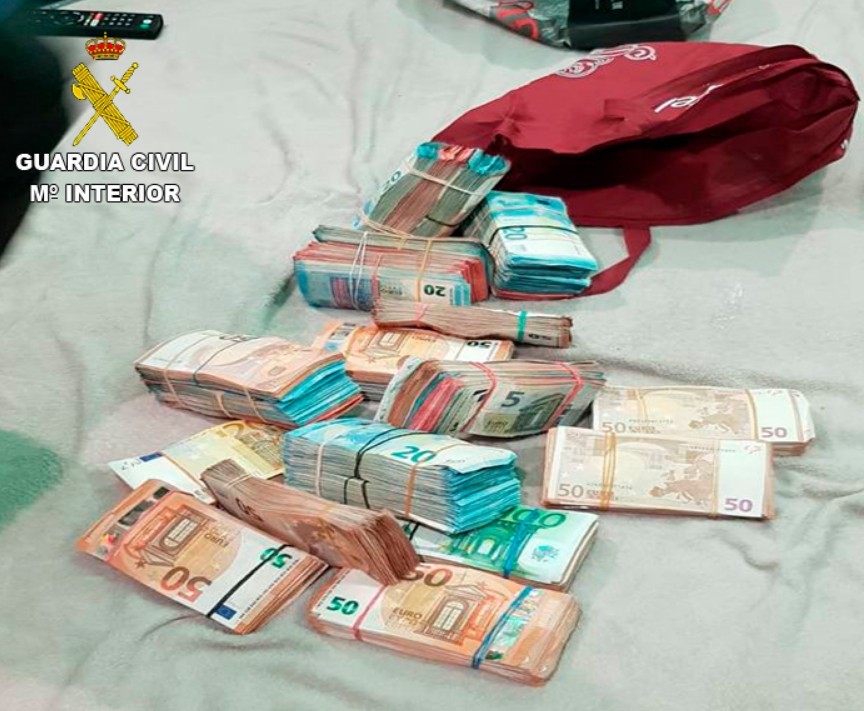 Police also seized nearly one million euros in cash. (Photo: Guardia Civil)All EU member states are set to receive such support and Spain’s portion will most likely be deployed across more than 20 active operations which have already resulted in numerous arrests and seizures.

Both the National Police and the Civil Guard are eligible to receive resources and financial support from Europol, as laid out in EMPACT's Operational Action Plans.

EMPACT stands for the European Multidisciplinary Platform Against Criminal Threats. It is structured as an integrated approach to EU internal security by consolidating various law enforcement and judicial branches into working as one.

Police across the EU can thereby work and train in tandem with one another in order to structure their operations just as efficiently as transnational organized crime groups, which are not hindered by national borders and territorial jurisdictions.

EMPACT’s priorities range from dismantling high-risk criminal networks, such as the mafia and other ethnic-based criminal organizations, to countering cyber-attacks, human trafficking, the illicit drug trade, and child-exploitation.

One of Spain’s most recent investigations that resulted from EMPACT support came to a head in December last year, when a highly sought after drug trafficker was arrested in Barcelona thanks to a joint effort with the French Gendarmerie, Belgian Police, and the U.S. Drug Enforcement Administration.

One of the detainees is believed to be the organization’s kingpin, who is allegedly responsible for overseeing the trafficking of 4,300 kilograms of hashish and almost 3,000 kilograms of cocaine.

Another operation saw Spanish police dismantle what they believe to be the continent’s largest cocaine distribution network.

Operation MUSALA-IBIZA, carried out by the country’s National Police with its partners across Europe and the Americas, ended a transnational drug trafficking operation that spanned no less than five countries.

The crown jewel of their endeavours? Over 2.5 tonnes of cocaine seized after a year of investigating the traffickers’ operations.