Report: Piracy off West Africa Costs Half a Billion a Year

Piracy is drawing annually over US$500 million from the countries which line the Gulf of Guinea, which has turned into the world’s current maritime piracy hotspot, far outpacing the waters off the coast of Somalia and the rest of East Africa. 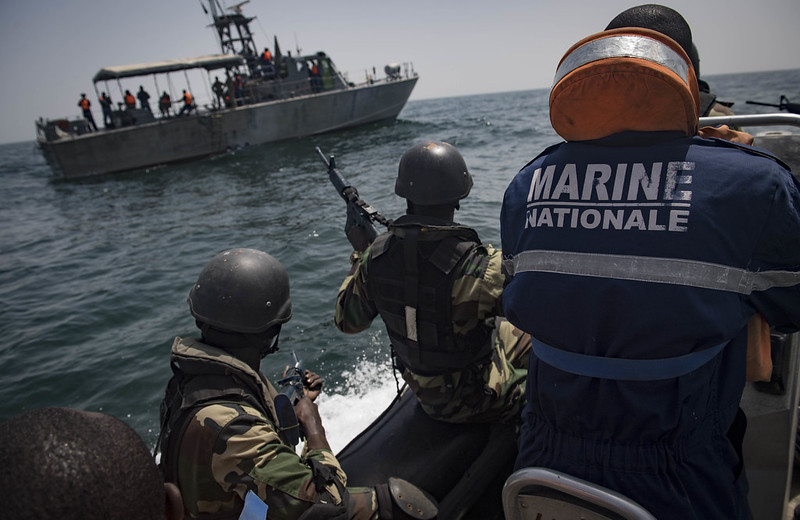 Piracy is drawing annually over US$500 million from the countries which line the Gulf of Guinea. (Photo: U.S. Navy photo by Mass Communication Specialist 1st Class Ryan U. Kledzik - US Africa Command, Flickr, License)With dozens of attacks and kidnappings each year, much of that cost, however, is not the value of stolen ships or cargo, but of anti-piracy measures that the crimes warrant, a new study by Stable Seas claims.

“For every $1 pirates steal or extort from African victims, Gulf of Guinea governments spend around $524 on counter-piracy efforts,” the study says.

The pirate’s own gains are considerably lower, estimated at only about $5 million a year according to Stable Seas. Most of that sum are ransoms paid for kidnapped crewmen.

“Direct losses due to ransoms paid for local hostages and the value of goods and oil stolen at sea probably sum to $1 million to $1.2 million per year,” the Stable seas report said. “This number is significantly lower than it was a decade ago when oil theft at sea was more common and a greater share of hostages taken by kidnappers were West and Central Africans.”

Though oil theft was lucrative, earning the pirates as much as $20 million per year in the past, it was far more complex and difficult to pull off compared to the quick smash and grab raids the pirates are pulling now.

Instead of stealing an entire ship or trying to boost its cumbersome cargo, pirates have found that the far more portable human crew, can fetch high ransoms — especially for foreign sailors.

Those rising prices have encouraged the pirates, who largely operate from jungle camps based in Nigeria’s Niger Delta region to be more brazen and venture farther out into the Gulf.

“Piracy and robbery at sea are no longer concentrated in the waters near the Niger Delta. As we saw in the Western Indian Ocean a decade ago, the threat has spread outward from the shore and pirates are now operating over a vast region extending hundreds of miles from the coast,” Stable Seas says.

According to the transnational non-profit organization focused on maritime security and governance research, the increased targeting of non-African victims has left the perception around the Gulf that the crime is not an African problem, but a foreign one.

“These low direct costs to African nations have created the perception among some that Gulf of Guinea piracy and armed robbery are greater problems for international shipping companies and foreign seafarers than they are for African nations,” the report says. “These crimes happen in Africa, but they do not typically happen to Africa. Gulf of Guinea waters are crime scenes, but Gulf of Guinea nations are not the primary victims.”

According to Stable Seas this is a flawed mentality as the greatest costs are the incalculable opportunity costs associated with these piracy-related expenses.

“For every $1 pirates take from Africans, Gulf of Guinea nations are robbed of around $170 in port fees lost due to decreased shipping activity and another $1,200 in lost import tariffs,” the organization says.

“This lost government revenue, totalling an estimated $1.4 billion per year, is as much as double the best estimates of the direct costs of piracy paid by international navies, intergovernmental organizations, and the global marine transportation private sector each year,” the report concludes.