US Convicts Gypsy Joker Outlaws of Kidnapping and Murder

A U.S. court found two members of the Gypsy Joker Outlaw Motorcycle Club (GJMC) — widely known as an organized crime group — guilty of the kidnapping and murder of a former member they believed stole from them, the U.S. Department of Justice reported on Wednesday. 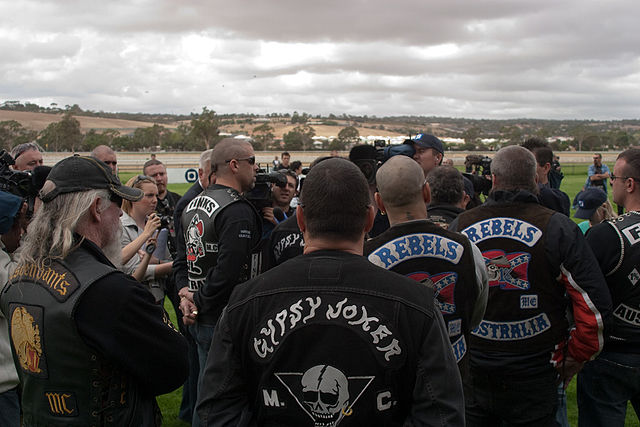 The Gypsy Jokers are known as a “one-percenter” motorcycle club - in reference to the saying that 99% of all American motorcyclists are law-abiding citizens, while the last one percent are outlaws.

“Organized crime will not be tolerated in the District of Oregon. Dencklau, Erickson and other members of the Gypsy Joker Outlaw Motorcycle Club prided themselves in using violence to intimidate others and bolster their sense of power and influence,” said Scott Erik Asphaug, Acting U.S. Attorney for the District of Oregon.

Founded in 1956, the Gypsy Jokers have been active in several states since the 1980s and even have international chapters throughout Germany, Australia, and Norway.

They also oversee the criminal activities of other Oregon and Washington-based motorcycle clubs, for which they receive tribute and help in their recruiting efforts.

Dencklau and Erickson’s kidnapping and murder convictions refer to the death of Robert Huggins, an estranged member of the Gypsy Jokers who was cast out for allegedly stealing from them.

Huggins was found dead in Clark County, Washington in July 2015. Post-mortem examinations revealed that he was tortured prior to his murder.

Among the injuries Dencklau and Erickson inflicted on Huggins was a fractured skull, lacerations across his torso, and the removal of his nipples.

His torture reportedly lasted several hours. Cause of death was determined to stem from blunt force trauma and multiple stab wounds.

“The kidnapping, torture, and murder of Robert Huggins was a gruesome example of the lengths these men were willing to go to exert their authority over rivals and perceived enemies,” Asphaug said.

Authorities also brought indictments against other Gypsy Joker members in 2018 for the kidnapping, torture, and death of Huggins, as well as other racketeering charges.

As for Dencklau and Erickson, they face a mandatory minimum sentence of life in prison.

Journalist and author Hunter S. Thompson once described the Gypsy Jokers as the number-two outlaw club in California - behind the Hell’s Angels - after spending a year with the Angels in order to immerse himself in their lawless culture and ethos.

In his book, ‘Hell's Angels: A Strange and Terrible Saga,’ Thompson describes outlaw motorcyclists as “out of the ball-game” and “obvious losers” with no discernible skills to offer society and who view the future “with the baleful eye of a man with no upward mobility at all.”

“But instead of submitting quietly to their collective fate,” Thompson writes, “they have made it the basis of a full-time social vendetta. They don’t expect to win anything, but on the other hand, they have nothing to lose.”