In a rare case for a Western company, two top executives from Lundin Energy of Sweden were indicted on Thursday for complicity in grave war crimes committed in Sudan between 1999 and 2003, when the Sudanese army allegedly indiscriminately killed civilians to pave way for Lundin’s oil exploration, prosecutors argue. 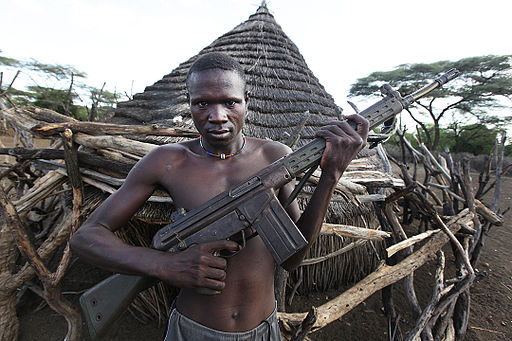 The current chairman of the multinational company, Swedish national Ian Lundin, and board member Alex Schneiter from Switzerland, are the ones charged. They were in charge of the operations in Sudan and handled contacts with representatives of the regime, prosecutors argue. Both men deny the charges.

A consortium led by Lundin had been looking for oil from 1997 in an area called Block 5A in Sudan that was not controlled by the government. After the country split in 2011, the area is now in South Sudan.

This took place against the backdrop of a civil war between the government forces and southern guerilla groups which was characterized by war crimes.

As the country opened up for oil exploration, oil and control of the oil fields in southern Sudan became contentious issues in the civil war, the indictment points out.

Lundin requested in 1999 that the government forces and its allied militias provide for the company’s security where it was drilling for oil, knowing that this would be done by force, according to the indictment.

”Military control of the area was necessary for the company to conduct its operations and that is when the crimes were committed,” Henrik Attorps, head prosecutor in the case, told OCCRP.

The executives thus knowingly paved the way for, or were at least indifferent to, the war crimes that followed, prosecutors argue.

They claim thousands of civilians were killed or misplaced.

”The military and its allied militia systematically attacked civilians from planes and helicopter gunships,” Attorps said.

Lundin and Schneiter risk lengthy prison terms if convicted. They deny the charges.

The case is also drawing attention because Sweden’s former Prime Minister, later also Foreign Minister, Carl Bildt has been heavily criticized for being on Lundin’s board during the Sudan operations. Bildt has been questioned by police, but is not a suspect. Prosecutor Attorps confirmed that he is a witness in the case.

The indictment is ”flawed on all counts” and should never have been launched, Ian Lundin’s defense lawyer Torgny Wetterberg said in a comment. It ”appears to be the result of a lack of competence and the inability of the prosecution authority to admit its own mistakes,” he argued without elaborating.

”No one at the company has done anything wrong. On the contrary, the investigation shows that the company helped the civilian population during the time of operations in Sudan,” Wetterberg said.

Company spokesman Robert Eriksson said that the corporation had ”operated responsibly” in the area ”in full alignment with the policy of constructive engagement endorsed by the U.N., EU and Sweden at the time.”

The defense has tried to have the case thrown out partly because the investigation has taken so long. It started in 2010. But their case has been rejected by Swedish courts.

Swedish courts can not indict companies, only individuals, but if the Lundin executives are convicted, the company could have its profits from the Sudan operations forfeited, which would be some US$160 million, according to the prosecutor’s calculation.

It is not clear when the trial can start in the Stockholm District Court. It will probably last at least one and a half years, Attorps predicted.

This is one of the biggest cases in Swedish history. The investigation has produced 80,000 pages of evidence and there are 150 witnesses just on the prosecution’s side.

”The Lundin case is in my view of fundamental importance,” said Klaus Rackwitz, director of the International Nuremberg Principles Academy, prior to the indictment. The Nuremberg Academy is a German foundation dedicated to the advancement of international law.

”National jurisdictions must become the backbone of international criminal law, not the few international courts and tribunals. Sweden has realized this” and is ”an example to other countries,” Rackwitz said.

Sweden, among other mainly Western countries, applies universal jurisdiction for war crimes. It means that it can investigate the worst crimes that humanity knows wherever and by whoever they have allegedly been committed.

”An indictment, and especially if there are guilty verdicts, means that legal history is made,” said Inger Österdahl, professor of international law at the University of Uppsala in Sweden.

”Then the name Lundin will be mentioned along with the German company names whose representatives were convicted of crimes after World War II. Those companies delivered gas to the gas chambers or used prisoners in concentration camps as slave labour. Not very flattering company for Lundin Oil,” she said ahead of the indictment which was highly anticipated.

In a rare case in modern times, Dutch businessman Frans van Anraat was convicted in 2005 of complicity in war crimes after his company FCA Contractor had sold the main ingredient of mustard gas to Saddam Hussein’s regime in Iraq in the 1980s.

French bank BNP Paribas is also currently under investigation in France for alleged complicity in crimes against humanity in the Darfur region in Sudan. The bank, it is alleged, was de facto the central bank of Sudan, enabling the country to pay for its military campaign, in which around 300,000 people were killed from 2003.

It is not certain that the Lundin case, regardless of the outcome, will dissuade companies from investing in countries with poor human rights records or armed conflict, said Klaus Rackwitz of the Nuremberg Academy.

”Sadly, greed tends to have no limits,” he said. “The UN Guiding Principles on Business and Human Rights have seen 10 years of existence in 2021, but the big problem is still that it is relatively easy for commercial companies and their legal representatives to avoid judicial responsibility and accountability for core international crimes.”

However, the current trend initiated by several countries, like France or Germany, is a positive development, Rackwitz said. “These countries adopted laws which state the obligation to respect human rights standards in business operations abroad.”

There are more than 30 plaintiffs in the Lundin case, but there are so many more people who had their lives destroyed by the war, Egbert Wesselink, the main author behind an NGO report on Lundin’s operations, pointed out.

”The majority of these people are now unemployed, poor in big cities like Nairobi or in refugee camps. Since they lost their cattle, they can’t survive, they can’t return,” Wesselink said.

The members of the former Lundin-led consortium should ”make a substantial effort to their right to remedy and reparation,” he argued.

”Because justice is primarily for victims, right?”