Authorities in Germany, Bulgaria, Cyprus, the Netherlands and Ukraine teamed up against an organized crime group suspected of binary option fraud and believed to have scammed people of millions of euros, European law enforcement agencies said. 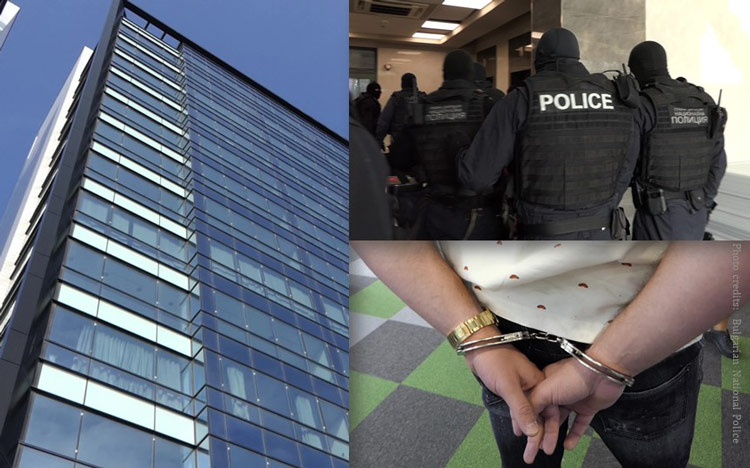 Authorities in Germany, Bulgaria, Cyprus, the Netherlands and Ukraine teamed up against an organized crime group suspected of binary option fraud and believed to have scammed people of millions of euros. (Photo: Eurojust)A binary option is an all-or-nothing deal in which the payout depends on whether the price of an asset rises above or falls below a specified amount. The option does not allow the holder to buy or sell the asset. Once the option expires, the holder either gets a predetermined sum or nothing.

In an operation coordinated by Eurojust and Europol, officers busted the fraudulent online investment scheme, suspected of having defrauded victims of at least 15 million euro (US$17.31 million), according to Eurojust. Investigators believe the overall amount of the scam might reach hundreds of millions of dollars.

Police in Cyprus told OCCRP on Thursday that they have apprehended a 54-year-old Israeli living on the island and who is wanted by German authorities.

As the main suspect in the case, the man ran the professional-looking binary options trading site that promised big gains. Following initial investments, victims were pushed to contribute more to the supposed investment fund, only to lose all the money they had put in, according to Eurojust.

Between May 2019 and September 2021, the scammers used internet advertisements and social media to lure primarily German investors into putting their money into the fund. Following the initial contact, clients were solicited by purported financial consultants who displayed fictitious web visual curves of increased profits.

“For this purpose, call centres were set up in Bulgaria, Cyprus and Ukraine, with German-speaking operators,” according to Eurojust. It added that more than 250 domain names and servers were used, as well as a set of proprietary algorithms, to conceal the deception.

According to Europol, approximately 100 people were employed at two call centers based in Sofia to contact clients pretending to be financial advisors and advertise financial services in the field of binary options.

The initial earnings displayed in the user interface enticed people to invest significant sums of money. When clients sought payment of their wins or credit amount, they did not receive it.

Once investors requested reimbursements, they were either delayed with various explanations or routed to other call center employees.

“In reality, no money was returned, and the profits were transferred to the perpetrators, using a string of companies set up for the purpose,” Eurojust’s statement read.

Europol however stressed that a “subsequent investigation suggests that most of the employees were not aware that the company they were working for was involved in a fraud scheme.”